Pembina to buy stake in KML and US section of Cochin Pipeline for £2.7bn

Canadian corporation Pembina will buy a 70% stake in Kinder Morgan Canada for £9.31 per share, along with the US portion of the Cochin Pipeline System for £1.27bn 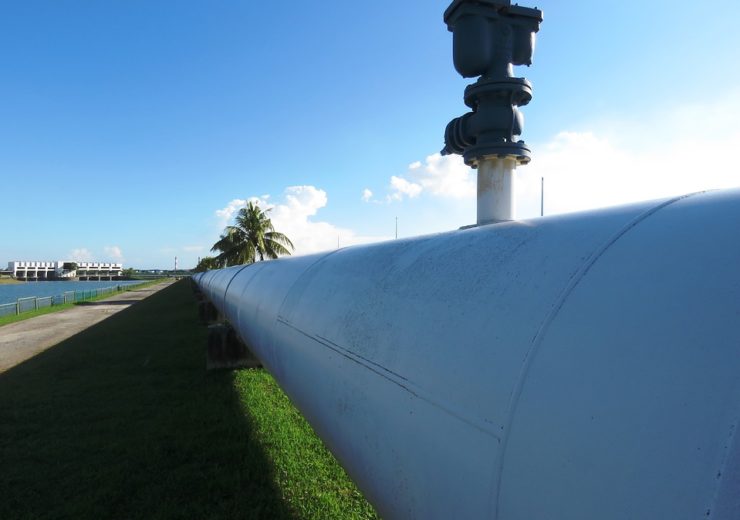 Pembina to acquire the US section of the Cochin Pipeline from Kinder Morgan (Credit: Pixabay)

Pembina Pipeline has signed agreements to acquire 70% stake in Kinder Morgan Canada (KML) and the US portion of the 2,900km-long Cochin Pipeline System from US-based Kinder Morgan (KMI) for around 4.35bn Canadian dollars (£2.7bn).

Through the deal, Pembina will gain access to the Edmonton storage and terminal business and the Vancouver Wharves Terminal within the Vancouver Fraser Port Authority.

In Edmonton, the Canadian pipeline company is set to gain ownership of a crude oil storage terminalling business with a total of 10 million barrels of storage capacity. The assets are located in the core of the Edmonton area crude oil complex.

Vancouver Wharves, which is also part of the deal, is a commodity export and import terminal in the Port of Vancouver. The bulk marine terminal facility transfers more than four million tonnes of bulk cargo annually.

Kinder Morgan CEO Steve Kean said: “This is an attractive transaction for KMI and KML stockholders.

“It enables KMI to reduce leverage and gives us the flexibility to create additional value for shareholders through share buybacks, project investments, or both.”

Pembina to acquire the US part of the Cochin Pipeline System

In the second deal, Pembina will be acquiring the US section of the Cochin Pipeline System for nearly C$2.05bn (£1.27bn).

The Cochin Pipeline System is a cross-border condensate import pipeline laid between Chicago in the US and Fort Saskatchewan in the Canadian province of Alberta. The pipeline system has a capacity of up to 110,000 barrels per day.

According to the Canadian pipeline company, the condensate import pipeline is highly strategic as it connects the company’s assets in Channahon, Bakken and Edmonton areas apart from being connected to the Mont Belvieu, Conway and Edmonton markets.

The two transactions, which will be subject to customary closing conditions such as Kinder Morgan Canada’s shareholders’ approval and regulatory approvals, are likely to be closed in the fourth quarter of this year or in the first quarter of 2020.

Pembina president and CEO Mick Dilger said: “This acquisition is highly strategic for Pembina, providing enhanced integration with our existing franchise, entrance into exciting new businesses and clear visibility to creating long-term value for our shareholders.”