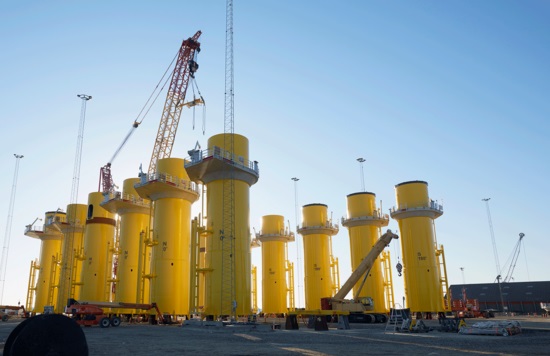 Danish energy giant Ørsted has selected Bladt Industries to supply 135 transitional pieces for the 1.38GW Hornsea Two offshore wind farm to be constructed offshore of the UK, this year.

Bladt stated that the production of the transitional pieces will take place this year at its Danish site in Aalborg. Delivery of the pieces is expected to take place between the middle of next year and mid-2021.

Bladt Industries CEO Klaus Steen Mortensen said: “We are proud that Ørsted have trusted Bladt Industries as the fabricator for Hornsea Two. The teams on both sides have with dedication and collaboration been able to fast track the closure of the contract.

“This contract is not only one of the largest contracts Bladt Industries have been awarded, but fosters also strategic opportunities to further strengthen our relationship with Ørsted. A contract of this size will allow us to full scale utilize our new and lean production set-up.”

To be located 89km from the Yorkshire coast, the Hornsea Two wind farm, with its 168 of Siemens Gamesa’s 8MW turbines will generate enough clean electricity to power more than 1.4 million UK homes annually.

Hornsea One, the wind farm located adjacent to Hornsea Two, started generating its first power in February this year. The 1.2GW wind farm is currently the biggest wind farm in the world and will be overtaken by Hornsea Two, when it becomes operational in 2022.

Located 120km from the Yorkshire Coast, the Hornsea One wind farm is powered by 174 of Siemens Gamesa’s 7MW turbines. This project is expected to come online in the first quarter of next year.