The project could see peak annual production of 9,000 tonnes of copper-in-concentrate 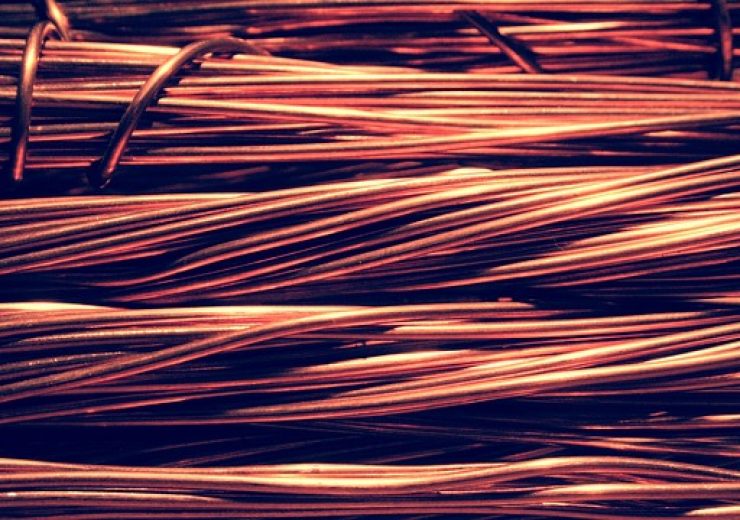 Orion Minerals anticipates to achieve first production within 16 months of the start of construction. (Credit: Łukasz Klepaczewski from Pixabay)

Orion Minerals has announced the completion of a foundation phase scoping study for the Okiep Copper Project in South Africa, confirming the potential for early cash flow.

The study estimates the development of the Flat Mines and Jan Coetzee deposits at the copper project to require an upfront capital expenditure (capex) of AUD53m ($40.92m).

The project could yield peak annual production of 9,000 tonnes of copper-in-concentrate, said the company based on the results of the study.

Orion Minerals anticipates to achieve first production within 16 months of the start of construction.

The brownfields Okiep Copper Project is located in the Northern Cape Province, nearly 450km to the west of the company’s flagship Prieska Copper-Zinc Project.

The project is made up of the collective mineral prospecting and mine development interests held by Southern African Tantalum Mining (SAFTA), Nababeep Copper, and Bulletrap Copper.

Orion Minerals is evaluating the acquisition of a 56.2% stake in SAFTA to partner with the Industrial Development Corporation of South Africa, which presently owns 43.8%.

The scoping study focused on the SAFTA’s part of the project.

It was carried out by Orion Minerals as part of a due diligence programme under its option agreement to acquire stake in the project.

The company also intends to acquire 100% each in Nababeep Copper and Bulletrap Copper, as announced in February 2021.

Orion Minerals managing director and CEO Errol Smart said: “The outcome of the Scoping Study supports the economic merit of developing a foundation phase mining operation while Orion conducts the required work and engineering studies to evaluate the potential to re-establish mining operations with outputs as were previously sustained for decades by previous owners.

“Most importantly, we now have a benchmark for determining the potential economic merit of the twenty-five targets prioritised by Orion, which have historical mineral resources in place that were not mined.”

As per the results of its scoping study, the foundation scale mining operations could run for 12 years. The design processing plant could have a throughput of 760,000 tonnes per year, which means that 9,000 tonnes per year of copper can be sold in marketable concentrates.

Orion Minerals said that underground as well as surface mining methods will be used in conjunction with mineral processing by traditional froth-flotation concentration for producing the copper concentrates for export.

Westwater approves construction of Phase I of Coosa Graphite Project