Falcon Oil & Gas revealed that its joint venture partner Origin Energy B2 has awarded a rig contract to Ensign Australia for the stage 2 drilling program at the Beetaloo project located offshore Australia. 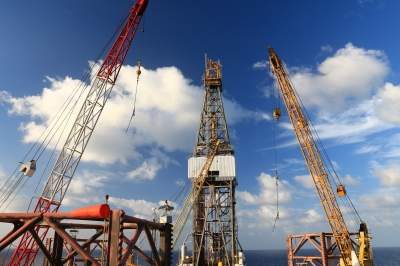 Under the contract, Ensign Australia’s Rig 963 will be deployed for the Beetaloo project stage 2 drilling, which is targeted to begin in June 2019. The contract has an option to be extended up to 2020.

The project, which covers 4.6 million gross acres in exploration permits EP76, EP98 and EP117, is located in the Beetaloo Sub-Basin in Northern Territory, 600km south of Darwin.

Exploration and appraisal work at the project will see the drilling and hydraulic fracture stimulation of two horizontal wells.

Falcon Oil & Gas said that along with the Velkerri B dry gas play discovered in 2016, the stage 2 drilling program paves way for the evaluation of three plays, thereby enabling the most commercially prospective play to be targeted for the next stage of drilling, which is planned to be taken up next year.

The Beetaloo project partners will be investing nearly A$65m ($46.3m) for the stage 2 exploration and appraisal program. The investment covers the drilling and hydraulic fracture stimulation costs of the two wells.

Falcon Oil & Gas and Origin will assess the potential of the liquids-rich gas fairways in the Kyalla and Velkerri plays. This will be based on receipt of relevant approvals and implementation of the exploration recommendations of the Inquiry into Hydraulic Fracture Stimulation in the Northern Territory.

The company said that work has started already at certain well sites, including water bore drilling and water monitoring.

Falcon Oil & Gas CEO Philip O’Quigley said: “Today’s announcement is an exciting development for Falcon shareholders as the JV prepares to commence drilling in the highly prospective Beetaloo Sub-basin. We look forward to updating the market as work progresses over the coming months.”

Origin holds a stake of 70% in the Beetaloo project while Falcon Oil & Gas owns the remaining stake of 30%.

In 2014, Falcon Oil & Gas executed a A$200m ($142.5m), nine-well farm-out deal, with Origin and Sasol each farming into 35% of its exploration permits. In May 2017, Origin acquired Sasol’s interest to double its stake in the Beetaloo project.