The UK: same as it ever was. By David Henderson 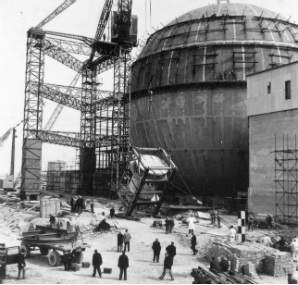 "The UK was the first country successfully to develop, deliver and safely operate nuclear power stations… We can now look back on nearly 60 years of successful and, above all, safe exploitation of low-carbon nuclear power…"

If a major policy initiative is based on a hopelessly distorted view of the past, this does not augur well. The above official assessment of the history of nuclear power in Britain is sheer fantasy. It is disturbing to reflect that the officials who drafted the text, as well the two cabinet ministers who signed it, presumably believed it to be true. Long ago, in May 1976, I gave a public lecture on what I described as two costly British government-sponsored errors: one was the Concorde programme, and the other the AGR programme. The estimates I then offered for the losses involved were arguably not far off the mark, and in a subsequent radio talk I suggested that these might be ‘two of the three worst civil investment decisions in the history of mankind’ (the third being the Soviet counterpart to Concorde).

Since then I have learned of other ventures which could count as equally ill-starred; and one of these is the British fast reactor programme. This was finally brought to an end after nearly half a century of virtually fruitless public expenditure, leaving behind it only further heavy and still-continuing commitments of expenditure for reactor decommissioning and site cleaning. The possibility (much disputed) that at some remote future stage fast reactors will become a competitive source of power in no way justifies the huge losses, past and prospective, that have been chalked up to little purpose.

Viewing the conduct and results of British nuclear programmes up to then, the well informed economist Duncan Burn referred in 1978 to "a series of disastrous misjudgements of the most fundamental kind." Since then the adoption of the PWR has marked a gain in realism; but on the other hand, the full extent of the fast reactor failure has become clear. In viewing the 60 years as a whole, Burn’s verdict is to be preferred to the complacent formula offered by Cable and Davey.

How is failure on this scale, over so long a period, to be explained? Clearly, the main single factor was the extent of over-centralisation, and of government involvement, which characterised the three main British nuclear programmes – Magnox, AGR and fast reactor alike. Responsibility for the design and execution of those programmes rested with government departments and public corporations. Serious mistakes were made, and successive governments of both parties, together with what was then the Atomic Energy Authority, have a lot to answer for. A continuing feature was the uncritical acceptance, by governments, media and public opinion alike, of official scientific advice. Policies took the form of risky investments of a kind, and on a scale, which private businesses could not have undertaken: these were huge gambles that only the public sector could have ventured on. They were endorsed by both governments and opposition.

Against this background, it is worth asking how far the policies set out in the government’s newly-announced ‘Nuclear Industry Strategy’ appear more promising than those of the past. My answer is: up to a point.

In one respect, the situation now is much better than it was when the earlier programmes were adopted. Privatisation of the electricity supply industry, together with stripping the Atomic Energy Authority of virtually all its former powers, have made it impossible for past mistakes to be precisely replicated. At the same time, however, over-centralisation remains pervasive. It reflects two main influences. The first of these is a hoary collectivist presumption, while the second is a worrying new element.

The presumption in question, not peculiar to Britain, is that energy is a special case for which governments must take over responsibility from markets. Each country is perceived as having energy ‘needs’ which must be met, and each national government as having an inescapable responsibility to anticipate and provide for those needs. This widely held notion is unwarranted. In the domain of goods and services, there are no ‘needs’ to be met regardless of costs, while there is good reason to think that in buying energy products, as with other purchases, consumers will be best served through competitive markets. However, the idea that energy must be made subject to official ‘strategies’ still holds sway, despite the evident failure of such strategies down the years and across the world. The evidence of history is disregarded.

In this context of what I have termed unreflecting centralism, two accompanying official statements to the new nuclear strategy are symptomatic. In launching the document, Cable said that "nuclear power has the potential to play an increasing role in meeting the UK’s future energy needs," while a covering note for an official animation lays down that: "As a nation we need to decide how the UK is going to power itself." In Whitehall and Westminster alike, collectivism rules.

The new element is that current and prospective policies to deal (supposedly) with climate change have created a further dimension of state involvement and direction. The resulting policy implications are to be seen, not in ambitions investment programmes on the part of public corporations, as in the past, but in an array of costly interventionist measures designed to shape and direct the conduct of households and private businesses. Despite this important difference, however, the two official initiatives, old and new, have much in common. In particular, in both cases, dirigiste policies have been linked to an uncritical treatment of ‘the science’, and they have secured continuing cross-party support.

David Henderson is an independent author and chairman of the academic advisory council of the Global Warming Policy Foundation. He was head of the economics and statistics department of the OECD (1984-92), having previously worked at Oxford University, Whitehall, the World Bank and University College London.