Positive steps have been made in the right direction and the licensing of US hydropower projects has improved. However, problems still exist and have the potential to stifle further development, writes Sue Pritchard. 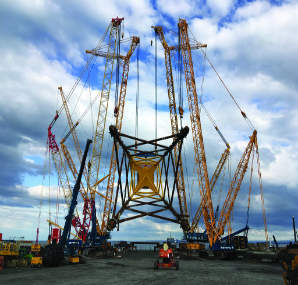 Slowly making its way along the corridors of power, the Hydropower Regulatory Efficiency Act of 2012 hit the headlines again on 9 May. Legislative improvements to the regulatory framework for US hydropower development continued moving forward. The Energy and Power Subcommittee held a hearing on the draft legislation previously introduced by Representatives Cathy McMorris Rodgers and Diane DeGette last year. Their proposed legislation requests that the Federal Energy Regulatory Commission (FERC) examines the feasibility of:
– A two-year licensing process for certain low-impact hydropower projects, such as converting existing non-powered dams.
– Removing small conduit projects from FERC jurisdiction.
– Allowing more small projects to qualify for the exemption process.
– Directing the Department of Energy to study the role of pumped storage hydropower for integrating intermittent renewables.
Jeff Wright is the Director of the Office of Energy Projects at FERC. Giving his testimony to the oversight hearing on 9 May he pointed out that in most instances it is the project developers and other stakeholders, not FERC, who ‘play the leading role in determining project success and whether the regulatory process will be long, short or complex’. Site selection, proposed project operation and reaching out to affected stakeholders are all key determinates, he said.
However, Wright added, there is a great deal of potential for the development of additional hydropower projects throughout the US, including small hydro and hydrokinetic schemes. "The legislation under consideration will, as I have testified, assist in realising that potential," he said.
Section 6 of the proposed legislation requires FERC to investigate the possibility of implementing a two-year licensing process, particularly with respect to hydropower development at existing on non-powered dams and for closed-loop pumped storage schemes. Although Wright said he supports the goal of an expedited licensing process, ‘it is not clear that the commission, under its existing authorities, can mandate a shortened process’.
Difficulties will arise due to the fact that FERC operates under significant constraints imposed by the Federal Power Act (FPA). Other legislation also affects the licensing process such as the Clean Water Act; Coastal Zone Management Act; Endangered Species Act and the National Historic Preservation Act amongst others. Wright said that without the ability to waive sections of the FPA and other acts, or to set enforceable schedules in licensing proceedings, he didn’t see how a shortened process could work.
Currently, the licensing of a hydropower project can take up to five years, not including construction, according to testimony from Andrew Munro, immediate Past President of the National Hydropower Association (NHA) and Director of Customer Services at Grant County Public Utility District in Washington State. Munro said that other energy resources have shorter time frames and this puts hydropower at a competitive disadvantage when securing investment – with the development timeline for wind and natural gas projects sometimes being as short as 18-24 month
"Section 6 [of the draft legislation] attempts to address this disparity," said Munro. "It does not mandate a two-year process but requires FERC to examine the possibility and move forward with a pilot process or report back to Congress if such a process is deemed not practical, However, NHA believes a two-year process is possible and improvements can be made while maintaining environmental standards and resource protection."

Sections 3 and 4 of the bill will also assist with the development of small conventional and conduit power facilities. Although there is significant growth potential within this region, due to the economies of scale with smaller projects, licensing costs currently tend to serve as a financial disincentive to their development.
"Small hydropower presents a substantial, largely untapped opportunity for economic development in Colorado and throughout the nation,’ commented Kurt Johnson, President of the Colorado Small Hydro Association (COSHA) and Principal at Telluride Energy, a small hydro development and consulting firm located in Southwestern Colorado. However, he reiterated that the regulatory burden can make them too costly, ‘serving as a barrier to more rapid small hydro development’.
In recent years, Johnson explains that FERC has made a ‘valiant effort’ to improve the accessibility of information regarding small hydro permitting requirements. Although these efforts are greatly appreciated by developers, he says that underlying problems remain.
Under current guidelines, small hydro projects can receive either a 5MW exemption or conduit exemption. "But the term ‘exemption’ is misleading," COSHA’s president said.
Once a project receives an exemption it does not need to go through that process again (unlike licensed projects that must be relicensed every 30-50 years). However, it is not an exemption from the original permitting regulatory process and it does not provide an exemption from what are still very onerous paperwork requirements.
Johnson described FERC exemption applications as being lengthy and time consuming to prepare. A typical exemption application for a small hydro system may be 100 pages. Gathering all the necessary information and compiling it can take months, requiring expensive consulting assistance from engineers, attorneys, professionally licensed surveyors and environmental consultants.
Part of the exemption application process involves securing agency concurrence letters from a wide variety of federal and state agencies as well as relevant tribes. "The problem is," Johnson added, "agencies can be unfamiliar with hydro, unfamiliar with hydro developers, unfamiliar with FERC requirements, and not necessarily incentivised to respond expeditiously to someone interested in securing an agency letter in order to secure a FERC exemption for a small hydro project."
According to the Colorado Governor’s Energy Office, in the past 35 years, only 26 federal permits have been issued for hydropower projects in Colorado. COSHA believes that development both in Colorado and nationwide has been stifled: the resources needed to obtain a hydropower permit or FERC exemptions are a particularly disproportionate burden for small hydro developers. The cost of hiring consultants for the smallest projects can be up to three times the cost of the total hydro equipment installation for a typical residential micro-hydro system (1-2kW).

MOU
Colorado took a pro-active step to address this problem by working with FERC to streamline the current permitting framework in the form of a Memorandum of Understanding signed in August 2010. Projects that qualified for the programme were required to use existing infrastructure and have very low potential impacts on the environment.
"So far, however," Johnson said, ‘"tarting with well over 20 initial applications to the programme, only two small hydro projects in Colorado have completed the FERC process through the Colorado programme and four more are awaiting final FERC approval – underscoring the need to further simplify the process for non-controversial hydro projects. Notwithstanding the commendable efforts of government and contractor staff in the Colorado/FERC pilot programme, the underlying problem remains: the process is simply too costly and time consuming for non-controversial small hydro projects."
In addition to all the expense, the time required to complete the FERC applications is substantial. "FERC may be able to complete an exemption within 60 days of receipt of a completed application," Johnson explained, "but that comes on top of all the time required to compile the application."
Johnson believes that the Hydropower Regulatory Efficiency Act of 2012 provides a ‘brilliant solution’ to the above problems: providing a mechanism to streamline and accelerate approval for non-controversial small hydro projects.
Interestingly, the bill has also received support from the environmental community. Matthew Rice, Colorado Director of American Rivers, testified for the bill. The group previously lent its support to the similar legislation co-sponsored by Senators Lisa Murkowski and Jeff Bingaman. (The Hydropower Improvement Act of 2011 passed the Senate Energy and Natural Resources Committee vote in April 2011.)
"We need new renewable energy, but we need to develop it responsibly," said John Seebach, Senior Director of Federal River Management at American Rivers. "We’re pleased to have worked with the hydropower industry on a bill that will help make hydropower regulation more efficient without sacrificing critical environmental protections."
Echoing the thoughts of those willing this bill through the legislative process, Kurt Johnson concluded: "I urge the committee to support the bill and proceed to house passage as soon as possible. The hydropower Regulatory Efficiency Act of 2012 provides long overdue, common sense reform of small hydro regulation which will be enormously beneficial to the US small hydro industry."