Investment in innovation should eventually bring the possibility of standardised reactor designs and lower costs. However, as Steve Kidd* argues, this can be expensive and the industry must concentrate today on standardising what is well-proven. 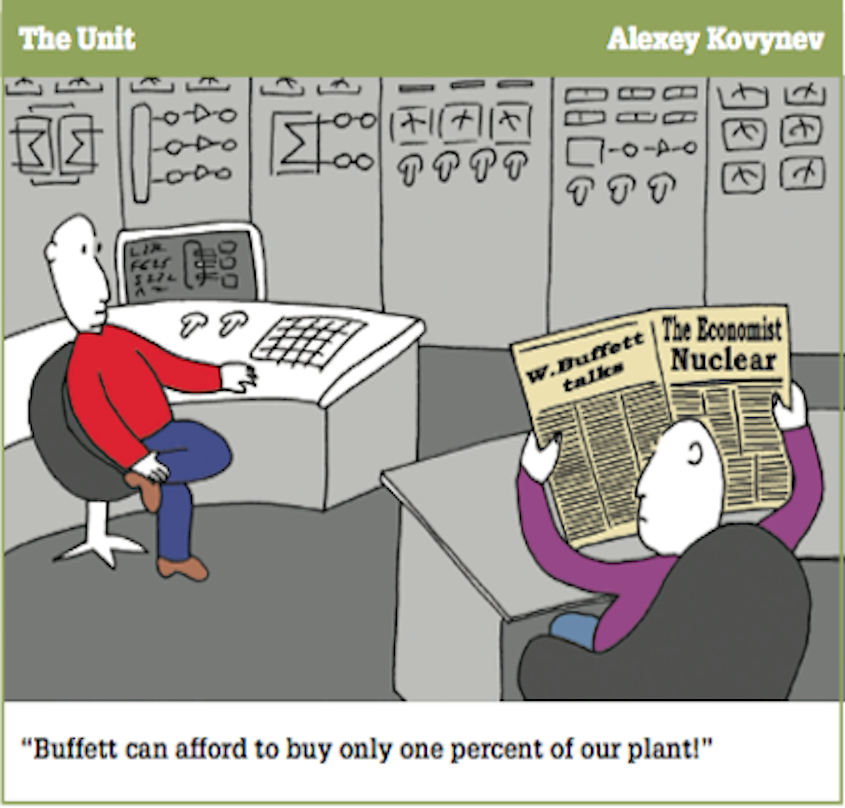 It was argued last month (March 2016, ‘Soaring nuclear construction costs – are they avoidable?) that solving nuclear power’s most obvious current problem is difficult but entirely possible. The root of the high costs of current reactor projects (typified by Hinkley Point C in the UK), acting as a huge deterrent to investment, lies in the fear factor that surrounds nuclear power. This is reflected in over-prescriptive regulatory regimes, based on false premises about the health effects of low level radiation. Nuclear power’s prospects of achieving its rightful place in the world’s energy provision are very limited unless the industry and its supporters win this battle.

It was also argued that economic salvation cannot be achieved without the industry building a large number of a standardised and simple reactor designs, preferably with several units on each site. That this can lead to low costs which don’t escalate over time is emphasised by a useful recent article on the reactor cost problem, ‘Historical construction costs of global nuclear power reactors’ by Lovering, Yip and Nordhaus, in Energy Policy 91 (2016). The authors are all associated with the Breakthrough Institute, a US-based think tank and supporter of the ecomodernist movement. This takes a creative and pro-technology viewpoint on energy and the environment.

The article tries too hard to refute the general contention – based on US and French experience – that the costs of nuclear power stations have risen substantially over time. It incorporates new evidence on the costs of early demonstration reactors in the US and France, and data from a wider number of countries (including Canada, Germany, Japan, India and South Korea), that show a variety of more favourable trends. With the exception of South Korea, these apply only in particular time periods. Full data from the UK was conveniently unavailable – the cost escalation record of the 14 AGRs was even worse than the US experience in the 1980s – while the escalating costs of the two EPRs under construction in Europe and the four AP1000s in the US are also ignored. Had Chinese data been available, it would almost certainly back up the South Korean record with little or no cost escalation. This has, however, been reversed in the latest imported foreign designs in China, and it will be interesting if the latest larger Korean 1,400MW units can maintain the favourable cost record of the previous generation of local 1,000MW units.

The key takeaway from the article is that it cannot be claimed that nuclear power everywhere and always involves escalating costs.

It would seem that to achieve reasonable and stable capital costs for nuclear plants, the bare minimum is a high degree of standardisation, building several units on each site, and stability in the regulatory environment. The message is that innovation is expensive.

What sort of reactor designs and industrial structure are consistent with lower capital costs? It is clear that we’re currently a long way from salvation. The UK new build programme breaks all the rules. For a limited programme (maybe 15 units), there are three project leaders (EDF Energy, Horizon and NuGen) each with their own reactor design. The Chinese are waiting in the wings to offer another model after they have ‘pre-qualified’ by investing in one of the earlier projects. And even the Russians and Koreans have not completely abandoned hope of building their own reactors in the UK. Although the plans involve at least two reactors for each site, there are surely too many locations and designs to minimise costs. The strain on the regulator must be immense and, apart from the difficulty of achieving economies of scale in construction and in the supply chain, this must increase costs.

One interesting question is whether we need to move on from light water reactors (LWRs) to achieve the necessary economics. This is a favourite of both those who despair of the UK nuclear programme and the ecomodernists. The former see salvation in small modular reactors (SMRs), which proponents believe offer standardised, factory-built units with more flexibility and favourable economics. Ecomodernists have given even wider thought to the possibilities of building different reactor types. The nuclear renaissance they propose depends on technical innovation. The current models are inherently too expensive and can only be economic in a few places, such as South Korea and China.

The key takeaway from this article is that it cannot be claimed that nuclear power everywhere and always involves escelating costs.

An earlier report (2013) by the Breakthrough Institute, ‘How to make nuclear cheap’, argues today’s large LWRs are not ‘fit for purpose’ in an economic sense. Safety features necessary for current generation reactors, especially massive containment domes and multiple redundant cooling and backup systems are a significant portion of the costs. Keeping water pressurised necessitates costly systems for the cooling system and the reactor vessel, and expensive and complicated backup coolant systems. As plants were scaled up, new safety systems had to be engineered to contain potentially larger accidents. Large reactors require larger and stronger containment domes that use costly concrete and steel.

The report is sensible in pointing the finger at where costs can and cannot be cut. It suggests four areas for attention in new designs. Firstly, the design must have inherent safety characteristics eliminating the need for expensive and redundant safety systems. Secondly, designs must utilise existing supply chains and not require development or commercialisation of new or unproven materials and fuels. Thirdly, modularity must allow whole reactors or their components to be mass-produced and assembled uniformly. Finally, high thermal efficiency is necessary to enable reactors to generate more electricity from a smaller physical plant.

There is another driver: a more sustainable fuel cycle, using less natural uranium and helping to dispose of existing used fuel. Although uranium may be cheap and readily available in competitive international markets, China and India feel uncomfortable importing fuel and then only extracting a smart part of the energy. So they have a strong motivation to move towards advanced reactors using recycled materials. Also, despite progress towards building deep geological repositories (in Sweden and Finland for example) general deployment elsewhere will be very slow and there will continue to be huge pressure exerted towards finding alternatives. But a more sustainable fuel cycle may not be a cheaper one.

Ultimately the industry plans to move towards one or more of the type of designs envisaged by the Generation IV International Forum: gas-cooled fast reactor, lead-cooled fast reactor, molten salt reactor, sodium-cooled fast reactor, supercritical-water-cooled reactor or very-high-temperature reactor. This time scale doesn’t look possible earlier than the 2030s. But nobody knows the likely economics of such designs and the history of nuclear power suggests we should be very cautious. As we saw earlier, innovation can be costly.

Without solving the fear factor surrounding nuclear, reactor innovation is not the answer. Reactor designers will always claim they can offer more safety and better economics, but the record is against them. The answer is not to reject the large LWRs but solve the public acceptance problem before incorporating the lessons on economics from the Koreans and Chinese.

We know a lot now about the costs of building and operating these designs, and they have an excellent safety record. It is certainly worth investing a great deal of effort in SMRs and especially the high temperature gas cooled reactor (HTGR). But although proponents claim the new designs are inherently safer than today’s LWRs, if there is any possibility of large evacuations of local inhabitants as at Fukushima, they cannot possibly succeed.

Ultimately, as I have said before, the world must move to a small number of reactor designs that can be built cheaply in large numbers, using a fully internationalised supply chain. In normal industries this would come about by natural wastage of unsuccessful companies being taken over by those who are thriving and profitable, but this currently seems a forlorn hope in nuclear. National governments see nuclear as a strategic industry and will not let jobs wither away to competitors. Selling nuclear reactors to other countries becomes an arm of foreign policy. This will merely lead to a continuation of the current situation, where there are too many reactor designs offered by lots of different companies, all with a small number of orders and all of which are too expensive. It is doubtful if some of today’s designs can be built anywhere economically.

Countries and companies must sign away individual reactor design rights in favour of building a simple, well-proven and safe international design. In return, more units should get built and the supply chain can create both local jobs and specialist international ones.

The UK has supported internationalisation of the industry (by accident) but because of the misplaced political objective of achieving private ownership and competition it is set to repeat the mistakes of the past. It isn’t, however, too late for the UK to consolidate around one large reactor design chosen on the basis of lowest cost. Unless the nuclear industry builds what is available today in numbers, they are unlikely to find the investment funds and skills to establish SMRs.