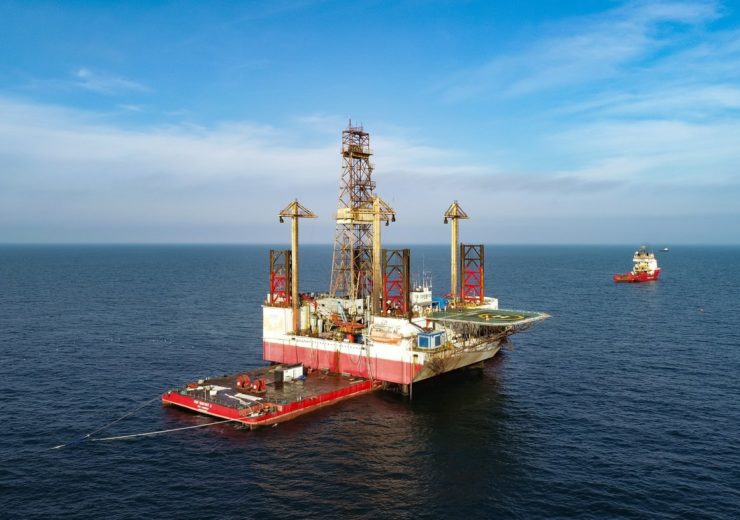 The Gloria Jack-up Rig was producing from the Sinoe field in the Black Sea. Photo: courtesy of OMV PETROM S.A.

OMV’s Romanian subsidiary OMV Petrom said that it has completed the decommissioning of the Gloria jack-up rig, which had been producing from the Sinoe field in the Black Sea.

The Gloria offshore platform had reached the end of its economic lifetime limit following more than 40 years of drilling and production operations. The jack-up rig has been transported to the Agigea harbour in Constanţa in southeastern Romania.

The decommissioning of the Gloria jack-up rig marks the first removal of an offshore production platform in the country, said OMV Petrom.

The Romanian oil and gas company decided to decommission the jack-up rig in 2018. In the same year, OMV Petrom launched a tender for the removal services which was bagged by Romanian firm GSP Offshore.

The scope of the removal service contract included reinstating the platform jacking system, placing the Gloria platform on the GSP Big Foot2 cargo barge and moving it to the shore.

OMV Petrom executive board member Peter Zeilinger said: “The Gloria platform has made its full contribution to ensuring Romania’s energy supply. We will continue to operate the other six offshore production platforms, which provide over 16% of the Group’s production.”

The Gloria jack-up rig was the first offshore drilling platform to be deployed in Romania. Commissioned in 1976, the jack-up rig was constructed based on a license from Offshore Co., USA.

In 1980, the rig completed drilling at Lebada 8, which is credited to be Romania’s first commercial offshore hydrocarbon discovery.

OMV Petrom claimed that the Gloria platform operated as a drilling rig, drilling 17 wells with a total cumulated length of around 50,000m, between 1976 and 1986.

Later on, between 1987 and 1998, the Gloria jack-up rig was utilised as a production platform for Lebada East, the first developed Romanian offshore field.

The offshore platform, since 1998, has been in service as a production platform at the Sinoe field, located 30km from the shore, in a water depth of about 40m.

The cumulative production in the last 20 years for the Gloria jack-up rig at the Sinoe field is equivalent to more than 20 million car refuels and the energy used for heating 170,000 homes.