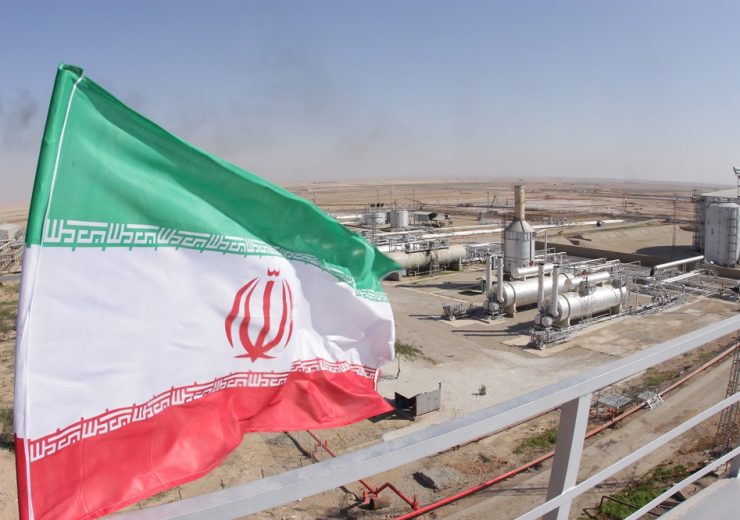 Ebrahim Raisi was elected Iran's next president last week, potentially complicating the progress of diplomatic negotiations that could lift US sanctions against the country (Credit: Mohamad Reza Jamei/Shutterstock)

Crude oil prices continue to make gains amid rising confidence in the market of a demand recovery and uncertainty over the future of diplomatic negotiations that could lift US sanctions against Iran.

Brent crude rose above $75 per barrel on Wednesday (23 June) for the first time since October 2018, while West Texas Intermediate (WTI) was above $73 per barrel, close to its highest in more than two years.

Prices have been climbing steadily this year as Opec+ continues to control supplies to the market and the global rollout of Covid-19 vaccinations raises hopes of a demand boost in some parts of the world.

Talks led by the US to renegotiate a nuclear deal with Iran, which would likely see the lifting of economic sanctions that have stifled the country’s oil industry since 2018, were complicated late last week by the election of a new Iranian president, Ebrahim Raisi.

While the president-elect has signalled securing the deal will be a priority of his new government, it is unclear whether his election will delay the progress of diplomatic discussions, which have been taking place in Vienna since April.

The latest round of those talks has now ended, with no official indication of when they may resume.

An Iranian government spokesman said: “If no deal is reached by end of the Rouhani government, then the Raisi government will be in charge,” according to Bloomberg.

If that were to be the case, the discussions would extend beyond August, when Raisi is due to replace incumbent President Hassan Rouhani.

Reuters reports President Rouhani’s outgoing chief of staff Mahmoud Vaezi has indicated the US has now agreed to lift all sanctions against Iran, but negotiators insist there still some way to go in the discussions.

A deal to reinstate the nuclear deal, struck by President Obama in 2015, and lift sanctions against Iran would see significant new flows of crude oil into a delicately–balanced market, with a potential knock-on impact for crude prices.

Iranian production has been significantly constrained by the measures, re-imposed in 2018 when former US president Donald Trump withdrew from the nuclear agreement, but the country has the capacity to quickly raise its output if a deal is reached.

Dmitry Loukashov, equities analyst at VTB Capital, said: “The most important part of this potential development is not in the arithmetic implications for the world oil balance, but the psychological impact on the market and the repercussions for relations within Opec+ that this may instigate.”

The informal alliance of oil exporting countries, led by Saudi Arabia and Russia, has been co-ordinating supply restrictions since early in the pandemic, in an effort to bolster commodity prices in the face of an unprecedented demand crunch triggered by falling global travel and economic activity.

Members of the group have been easing those production cuts in recent months as demand slowly recovers, but the addition of new Iranian crude to the market could force a reassessment of their plans.

“If Iran is finally allowed to export oil, we would expect Opec+ will try to keep its short-term quotas,” said Loukashov. “Beyond 2021, Opec+ decisions are likely to be based on global oil demand, taking into consideration control over the pandemic and overall business activity.

“In the case of lifted sanctions from Iran, we would expect flattening of an oil futures curve with oil price lowering in a shorter term (2021-22) and staying relatively unaffected in a longer run (2024-25).”

Opec+ delegates are due to next meet at the start of July to decide on their next move, with the Iranian issue expected to be a key topic of their negotiations.