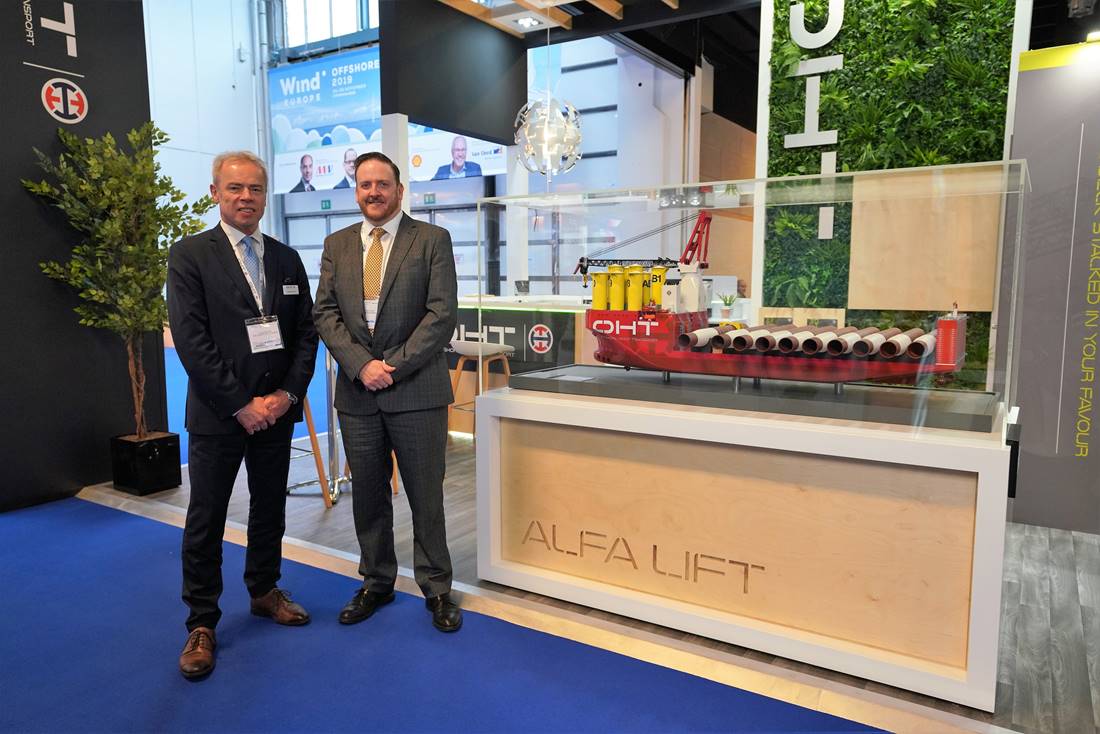 Image: OHT selected as preferred supplier for the foundation installations at Creyke Beck A and B in UK. Photo: courtesy of SSE.

Norway based Offshore Heavy Transport (OHT) has been selected as the preferred supplier for the foundation installations at two projects that form part of Dogger Bank offshore wind power complex in the North Sea, UK.

The vessel will transport the foundations to the offshore site which is about 130km off the north-east coast of England and will be mounted in water depths of up to 35m. the Alfa Lift heavy installation crane vessel will carry 10 monopiles and transition pieces on deck per voyage.

Dogger Bank Wind Farms project director Steve Wilson said: “The monopiles that will be installed at Dogger Bank will be amongst the largest ever used on an offshore wind farm and we needed a vessel that would allow us to deliver our project in the safest and most efficient way.

“OHT’s Alfa Lift’s capability offers us this solution and we look forward to working with them to deliver Dogger Bank Wind Farms.”

Dogger Bank Wind Farms consists of Creyke Beck A and B, and Teesside A wind farms

OHT is planning to carry out the transportation and installation works between 2022 and 2024.

Dogger Bank Wind Farms consist of three offshore wind farm projects that are Creyke Beck A and B, and Teesside A, located approximately 130km off the North East coast.

Dogger Bank will provide enough clean to power over 4.5 million homes per year that is equivalent to around 5% of the UK’s estimated electricity generation.

In September this year, OHT was by DEME Offshore to transport jacket foundations for Moray East Offshore Windfarm project in Scotland, UK.