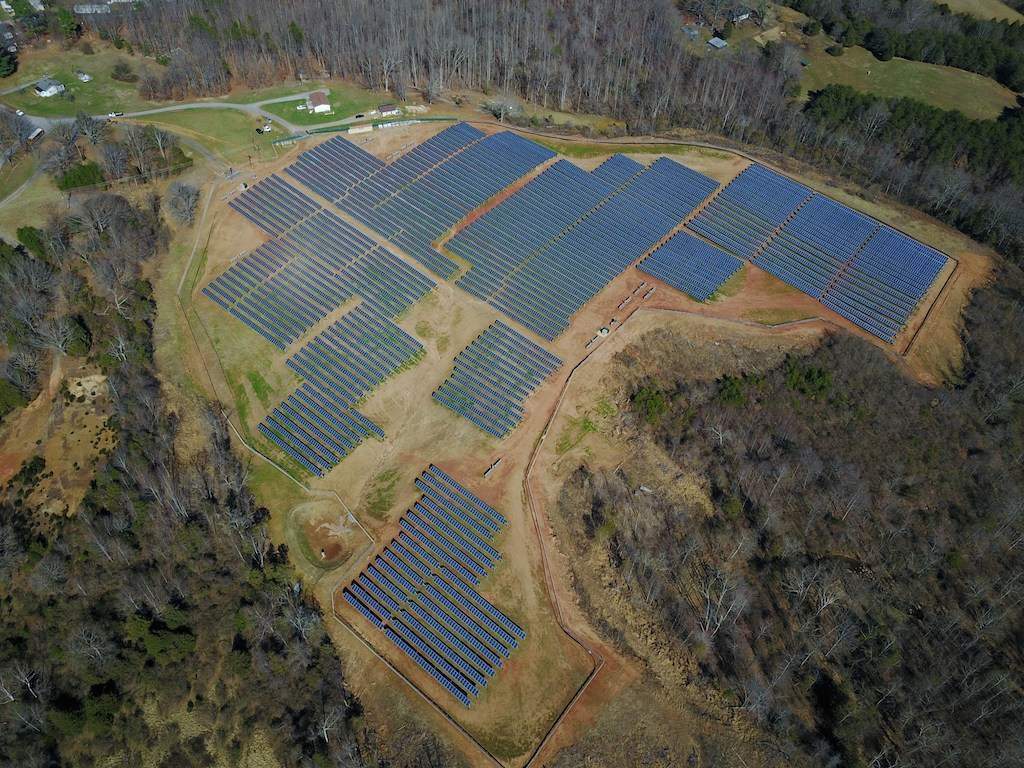 The solar power system is a perfect use for the property that is adjacent to a landfill and owned by the city.

Developed by O2 EMC and constructed by URE, the system is composed of 100 inverters (which convert the generated DC to AC energy), and 10,188 solar panels mounted on a single-axis tracking system that follows the sun during the day to maximize production.

The existing topography on the site is rolling up to 15 degrees and challenged both O2 EMC and URE to design the system to maximize the system size, while minimizing the need for any site grading.

URE executive vice-president Keith Herbs said: “URE is honored to have partnered with the O2 EMC Team on another successful project that was constructed within the schedule and under budget, while contributing to the local economy through the use of local labor.”

In addition to providing clean energy for the next 30+ years, Bedford Solar is also setting an example for how solar projects sites can offer multiple uses to benefit local communities. O2 EMC has partnered with Sun-Raised farms to provide sheep to help keep the solar site “mowed”.

Sun Raised Farms will be grazing sheep to “mow” the grass around and under the solar panels, thus drastically reducing gas-powered lawn mowers, herbicides, and noise. O2 EMC is also exploring the use of planting vegetation on their solar farms to create “pollinator islands” that benefit local agriculture.

O2 EMC CEO and president Joel Olsen said: “URE was a great partner on this exciting project. Their management was paramount in executing the first utility scale solar installation in Bedford, Virginia.”