Natural Resources Canada (NRCan) has provided a grant of CAD29.75m ($23m) under its Emerging Renewable Power Program (ERPP), which is expected to facilitate the next wave of tidal energy development at the Force facility in the Bay of Fundy, Nova Scotia. 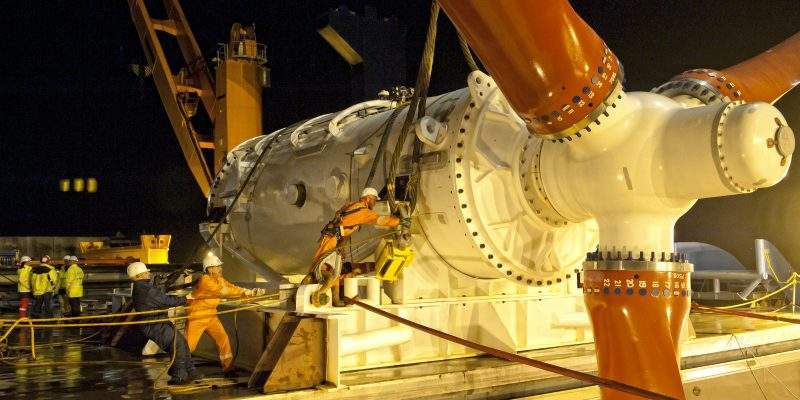 Image: DP Energy, a renewable energy developer based in Cork, is managing two berths in the Bay of Fundy. Photo courtesy of DP Energy.

DP Energy, a renewable energy developer based in Cork, is managing two berths in the Bay of Fundy through its Canadian company, Halagonia Tidal Energy.

The company plans to develop both berths as a single project under the banner Uisce Tapa, which means fast running water in Gaelic.

DP Energy plans to use five Andritz Hydro Mk1 1.5MW seabed-mounted tidal turbines and a single SR2-2000 floating turbine from Scotrenewables Tidal Power for a total capacity of 9MW, which will make it the largest tidal stream array to be deployed in the world.

During the past two years, turbines from both manufacturers have been deployed in real sea environments in Scotland.

The three Mk1 turbines from Andritz, installed at the MeyGen Project, have generated a cumulative output of more than 8.2GWh since their deployment.

The SR1-2000 prototype deployed by Scotrenewables at the EMEC facility in Orkney has produced more than 3GWh since October 2017.

The ERPP is aimed at helping Canada to meet the commitments made under the Pan Canadian Framework on Climate Change by reducing GHG emissions, increasing government and industry experience with new technologies, and building supply chains to support emerging renewable energy sectors such as in-stream tidal.

The company added ocean energy to its wind and solar energy projects in 2008 and has been involved in the marine energy sector, developing projects in the UK, Northern Ireland and Canada.

DP Energy CEO Simon De Pietro said: “The Nova Scotia Department of Energy and Force (Fundy Ocean Research Center for Energy) have been driving the development of tidal energy in the province.

“The establishment of the Force facility and provision of an enabling feed-in tariff have contributed greatly to bringing us to this important milestone.”