Novagold responds to short-seller claims over Alaska gold mine project 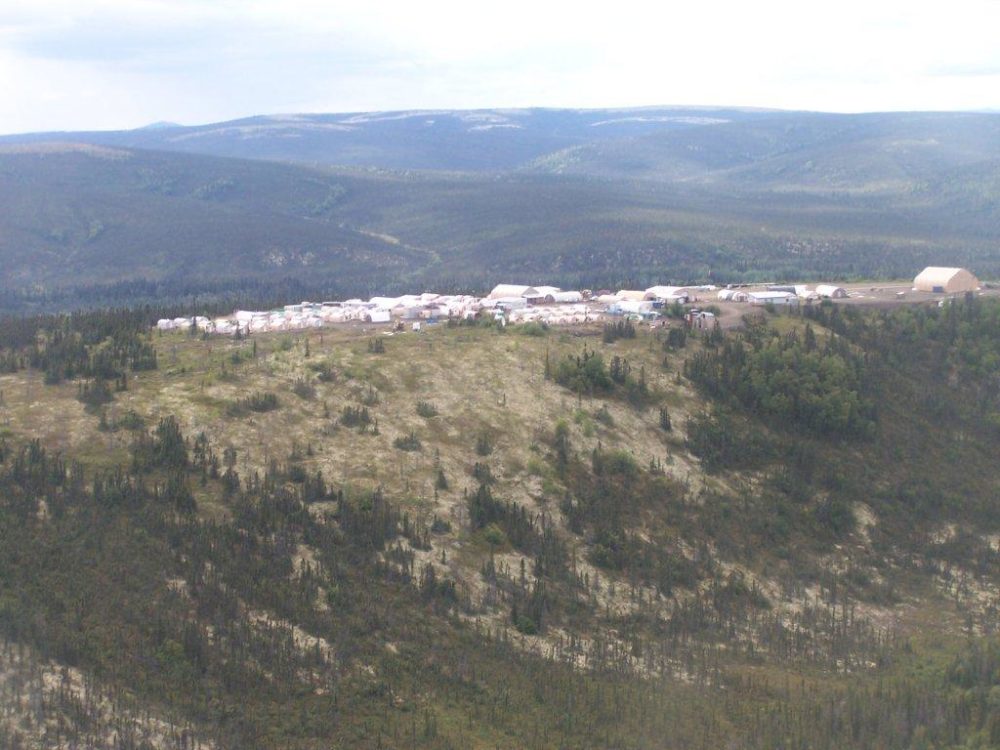 Novagold has issued a comprehensive response to J Capital’s Research’s claims that it has been misleading investors about its Donlin gold mine project in Alaska.

US-based short-selling company J Capital, which provides institutional investors with primary research on publicly traded companies, submitted a report on 28 May that claimed the Donlin deposit in the Yukon Kuskokwim region will “never be mined”.

The project is 50-50 owned by Novagold and Toronto-headquartered Barrick Gold — the second-largest gold mining company in the world.

Shares in Novagold plummetted by more than 12% on Monday (8 June) and have now fallen by 25% since the report was published, with its market value now sitting at about $2.6bn.

J Capital accused the miner’s management team of “systematically” misleading investors for the past 15 years, with “subjective presentation of information about a deposit so remote and technically challenging that the mine will never be built”.

But Vancouver-headquartered Novagold has released a statement to address the “multiple misleading statements and patent falsehoods” made by the short-seller.

It believes J Capital is “masquerading as a research firm” and is “perpetrating what is known as a short-and-distort scheme”.

Greg Lang, president and CEO of Novagold said his company has been “thoroughly reviewing the error-ridden report” since it was released.

“Our response, while of necessity lengthy, clearly highlights the numerous false and misleading statements contained in the report,” he added.

Lang encouraged people to review the response “in order to fully understand the magnitude of the distortions and deceptions put forth by JCAP”, and why Novagold is “so determinedly assessing all of the legal options available to it in various jurisdictions”.

Novagold claims the site in Alaska is “regarded to be one of the largest, highest-grade, and most prospective known open-pit gold deposits in the world”, with about 39 million ounces of gold in the measured and indicated mineral resource categories.

Once production begins at Donlin, it is predicted to produce an average of more than one million ounces per year over a 27-year mine life, according to the latest feasibility study.

In responding to suggestions that Novagold’s management team has misled investors, it believes it is “false and misleading to conflate two eras of management over the past 15 years into one” as the present team has only been in charge of the company for the past eight years.

The miner added it is “common in the gold mining industry to deal with remote properties” but believes the Donlin deposit is “not so remote or technically challenging that the mine could not be built”.

J Capital’s report said the project’s bosses have been “treating this 12-person concept company like an ATM, awarding themselves base salaries that rival those of CEOs at Newmont and Barrick and total compensation packages comparable with those at Rio and BHP”.

But Novagold hit back at those claims by stating its management “does not award themselves salaries”.

“Compensation of Novagold management is established by the compensation committee of the board and is duly approved by the entire board,” it added.

“It is regularly measured against levels of compensation of management of a carefully selected peer group of companies. Rio and BHP are not in the gold industry and neither company is in Novagold’s executive compensation peer group.

“The base salary of Novagold’s president and CEO is 65% and 42% of the base salaries of the president & CEOs of gold companies Newmont and Barrick, respectively, as per the latest information publicly filed for each company.”

The short-seller accused the miner’s management of deliberately misleading investors with “custom metrics designed to deceive, directing investors to presentations which claim the deposit will require $6.7bn in capital”.

It added that the feasibility study “clearly shows this number is $8bn” – something the researcher believes is already “far too low”.

“It is noted in FSU2 (feasibility study) to reconcile the accounting treatment of mine stripping costs incurred in the production phase of a mine between US GAAP and International Financial Reporting Standards (IFRS),” it added.

“Under IFRS, these costs can be capitalised and reported as sustaining capital. Capitalisation of these costs is not allowed under US GAAP and are expensed as operating costs.

“In either case, the expenditures are not initial capital and there is no impact on the timing of project cash flows or net present value.”

Novagold’s response to claims around its natural gas pipeline

J Capital claimed the proposed natural gas pipeline, which it believes is “central to powering the project” is “dead on arrival” and the terrain around the Donlin deposit is “among the most inhospitable on the planet”.

It added that the costs of the pipeline, if someone were to attempt to build it, are “likely in excess of $3bn, two to four times higher than management’s previous forecast”.

The short-seller said an engineer it had spoken with, who it claimed had “worked on costing the pipeline” stated he “doesn’t know of any engineering company that has the experience to build such a complex pipeline”.

The report added that Novagold’s “silver-tongued CEO is already preparing the ground for the inevitable pipeline failure” by focusing investors on the “potential for a higher-grade, smaller mine”.

The miner responded by claiming the statement, which is “attributed to an anonymous engineer whose credentials are not provided, is inaccurate”.

“The project that was evaluated in FSU2 and federal and state permitting includes the gas pipeline that is based on a sound design completed by highly experienced pipeline engineers,” it added.

“We continue to look at ways to optimise development of the pipeline including a range of partnership and financing options.

“We, and our Native Corporation partners, also see the great benefits of bringing gas to the region.

“However, the reality is that a pipeline is not the only option available to the project. The original feasibility study was also predicated on a barging alternative that remains viable if it is best for all those concerned.”

It added that the approximately 75 miles of the planned 315-mile route “includes rugged mountainous terrain” but claims the “company and its experts have determined that construction of the pipeline over the entirety of the 315-mile route is commercially, technically, and environmentally feasible”.