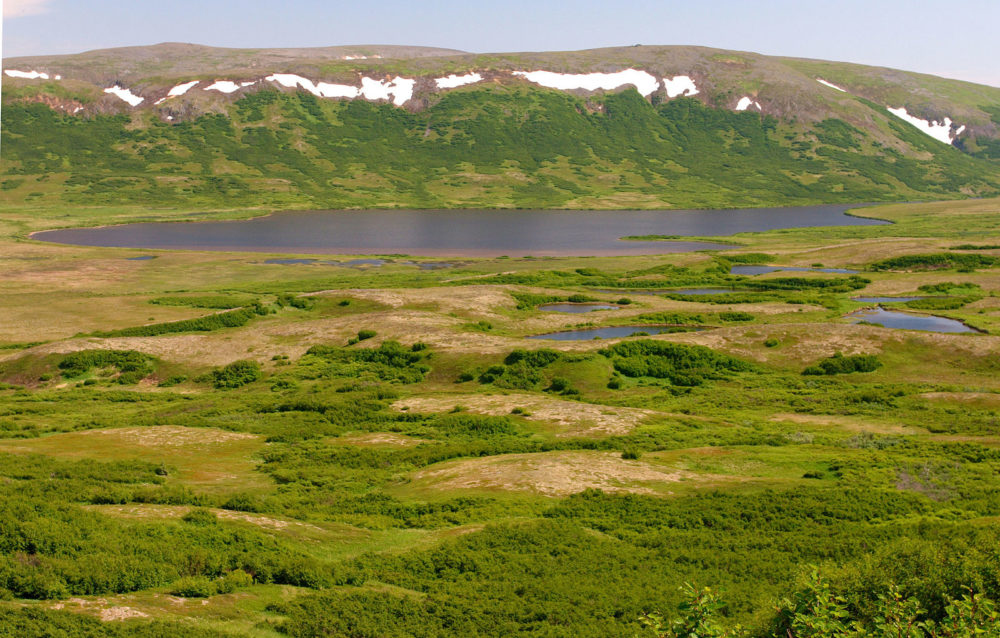 Over the past decade, the development of the Pebble mine has come under intense scrutiny in Alaska due to its potential environmental impact (Credit: Wikimedia Commons/AlaskaTrekker)

The controversial Pebble project could become the biggest mine in North America if it receives official approval.

Its owner, Northern Dynasty Minerals, claims the site in the Bristol Bay region of south-west Alaska is the largest undeveloped copper-gold-molybdenum-silver resource in the world.

The Vancouver-headquartered company first began explorations at the deposit in 2002. Major mining firm Anglo American previously owned a stake in the project, but has since given up its share.

Over the past decade, the development of the Pebble mine has come under intense scrutiny in Alaska due to the potential environmental impact on local fisheries, with the US Environmental Protection Agency (EPA) involved in proceedings.

But the US Army Corps of Engineers (USACE), the lead federal regulator for the Environmental Impact Statement (EIS) permitting process for the project, announced a preferred development alternative for the mine on 22 May, 2020 – a decision Northern Dynasty accepted.

Here, NS Energy explains what the Pebble project is and why there has been much controversy surrounding the proposal.

What is the Pebble project deposit in southwest Alaska?

The land for the proposed Pebble mine, which is located in the headwaters of the Kvichak and Nushagak Rivers, is owned by the state of Alaska.

It has been the subject of mineral claims since Cominco Resources first declared its intentions in 1987, but rights to the site belong to the Pebble Mines Corp.

Operating under the name Pebble Limited Partnership (PLP), it was previously one of the largest multinational mining corporations in the world, which included a 50-50 split between Northern Dynasty and London-based Anglo American.

Anglo-Australian miner Rio Tinto and the Mitsubishi Corporation, a Japanese trading company, purchased stakes in Northern Dynasty and became partners in the project.

But, in 2013, Anglo gave up its ownership after pumping more than $500m into the plan, while Rio and Mitsubishi have ditched their shares in Northern Dynasty, which is now the sole owner of the PLP.

Should the proposal make it through Alaska’s notoriously rigorous permitting process, it would become the largest mine in North America.

Across the east and west areas of the site, the deposit has an estimated resource of 6.5 billion tonnes, which contains 57 billion pounds of copper, 71 million ounces of gold, 3.4 billion pounds of molybdenum and 345 million silver ounces.

The PLP claims the major mine facilities will constitute 5.3 square miles and have an operating life of 20 years, while providing a total of 2,000 jobs.

After years of planning, it submitted its initial plans in 2017, which included a gas pipeline from Anchor Point and a gas-fired power plant at the site, with a road and lake ferry to the Cook Inlet in the Gulf of Alaska.

Local communities and environmentalists started the “Save Bristol Bay” campaign in 2010 attempting to put a stop to proposals that could cause the region harm.

On its website, the group claims that because of the size, geochemistry and location of the mine, it runs a “high risk” of polluting the bay, which is “one of the world’s most productive wild salmon strongholds that supports a $1.5bn commercial and sport fishery”.

It believes the initial proposal was an attempt by the PLP to “get their foot in the door in Bristol Bay” with a mine that is “more palatable to the Alaskan public, and then expand”.

But the campaigners argue that even those plans would be “devastating to salmon”.

The PLP’s plans for the mine had been blocked by the EPA under former US president Barack Obama’s administration in 2014.

After scientists backed up the campaigners’ claims that the mine would devastate the fish habitat within the bay, the government decided that the project did not fall within the Clean Water Act’s regulations.

But under President Donald Trump’s administration, the EPA changed its plans in February 2018, so that it could withdraw the restrictions imposed on Pebble.

Then, in July 2019, the agency announced it had reversed its decision to restrict the use of the Alaskan deposit.

Although this action did not guarantee the development would be given the go-ahead, the EPA said it would focus on the permit-review process in co-ordination with the USACE.

Northern Dynasty Minerals announced on 25 May that it has welcomed a change of plan for the project — marking a key milestone for the development.

During a media availability session on 22 May, Alaska district regulatory division chief David Hobbie confirmed the USACE had selected the “least environmentally damaging practicable alternative” for the proposed mine.

The miner revealed in a statement that the plan includes an all land-based transportation route to connect the mine to a port site on the Cook Inlet via an 85-mile road north of Lake Iliamna, thereby avoiding the need for ferry transport across the lake.

Northern Dynasty’s president and CEO Ron Thiessen said the “northern transportation corridor” – otherwise known as “Alternative 3” – has been extensively studied by its subsidiary, the PLP, and presents “several compelling benefits over the lake ferry options”.

“From a cost perspective, the various transportation alternatives evaluated as part of the Pebble EIS over the past several years are similar,” he added

“We had thought the slightly smaller wetlands footprint associated with the lake ferry alternatives might make them preferable to the USACE and other regulatory agencies, but they clearly have judged an all land-based route to be superior from an environmental perspective.

“It’s a decision we welcome and accept. There are clear operational benefits associated with a single-mode transportation system versus multi-mode, and we’re confident the northern corridor can be built and operated safely in partnership with local villages and landowners.”

He believes the driving force behind the USACE’s route change was likely following concerns about lake ferry operations expressed by co-operating agencies, including the EPA and US Fish & Wildlife Service, as well as members of the public.

Collier said Pebble has studied the alternative proposal for more than a dozen years and expects no planning or permitting delays associated with its selection.

He claims the announcement of a preferred development alternative for the mine means a final permitting decision is now “one step closer”.