Finnish power company Teollisuuden Voima (TVO) has increased its claim against the Areva-Siemens consortium to €2.6bn ($2.9bn) from a previous €2.3bn over repeated delays in the construction of unit 3 at the Olkiluoto nuclear plant. 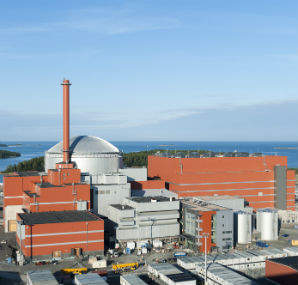 Finnish power company Teollisuuden Voima (TVO) has increased its claim against the Areva-Siemens consortium to €2.6bn ($2.9bn) from a previous €2.3bn over repeated delays in the construction of unit 3 at the Olkiluoto nuclear plant.

The dispute on cost overruns between the utility and the reactor supplier is currently before the International Chamber of Commerce’s (ICC) arbitration court. The proceedings were initiated by the supplier consortium in December 2008. However, TVO says it continues to consider the Areva-Siemens claims "to be without merit."

Areva-Siemens has maintained its claim at the €3.4bn it announced last October – an increase from an earlier €2.7bn. Its current claim covers the period to the end of June 2011 and includes penalty interest (calculated until the end of July 2015) and payments allegedly delayed by TVO totalling some €1.4bn as well as about €140m in alleged loss of profit.

Risto Siilos, deputy CEO of TVO, whose owners include Finnish paper companies UPM and Stora Enso, as well as utility Fortum, said it could take several years before a final decision is reached in the ICC arbitration. In April, sources close to Areva told Reuters that there could be a partial, intermediate award this year.

Siilos said that the project is now making progress, noting that Finland’s nuclear safety authority last month had approved factory acceptance tests of the plant’s process control and instrumentation systems. TVO recently scrapped plans for a fourth reactor at Olkiluoto due to current delays at the site.

The Areva-Siemens consortium began construction of Olkiluoto 3 in 2005 under a turn-key contract signed with TVO in late 2003. Completion of the 1600MWe EPR reactor was originally scheduled for 2009, but the project has suffered delays and setbacks resulting in huge cost overruns and damaging losses for Areva.

However, referring to French state-controlled utility EDF’s plans to buy a majority stake in Areva’s reactor business, Siilos said: "We welcome all initiatives by the French nuclear industry that help Areva to carry out the Olkiluoto project," adding that TVO continues to support Areva despite the arbitration.