Countries in the Balkan region are stepping towards a holistic approach to water management, writes Peter O’Neill. What opportunities could this hold for developers of dams and hydro plants? 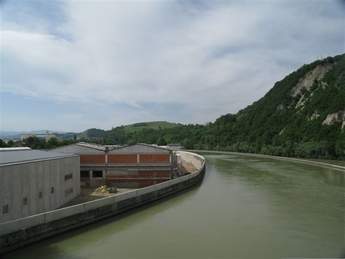 The European Water Framework Directive (WFD) is a useful tool for the hydro and dam industry because its engineers and companies are working across frontiers on common rivers and grid systems throughout Europe. The issue of water pollution, flood protection requirements for new highways, irrigation and sewage systems are all part of the downstream management issues which start above reservoirs and power houses.

The hydro power industry is clearly a processor of water rather than a ‘user’ of it and therefore can have a guiding and quality role in its general provision. This role can also earn it additional investment support and operational revenue, by fitting in with the wider aims of the WFD and European Union (EU) policy. The Balkans offer significant opportunities for this integrated approach. The focus is common-sense collaboration at local and regional levels. Furthermore, the Balkans are in a major phase of infrastructure development, probably more than any other part of Europe.

After decades of being the natural, but politically closed door to the Balkans, the economic emergence of Albania combines with its key geographical location and electricity-producing role.

The European Bank for Reconstruction and Development (EBRD) has been active in simplifying clearance for, and funding of small hydro in the region, including in Kosovo. Kosovo’s recent moves for autonomy have increased day-to-day collaboration with Albania. In July 2008, the Organization for Security and Co-operation in Europe (OSCE) reported on the water difficulties facing Kosovo.

There are five main reservoirs in Kosovo (Gazivode, Batllavë, Badovac, Prilepnica, and Radonjic). The Gazivodë reservoir in Zubin Potok, northern Kosovo, is one of the biggest water reservoirs of its kind in Europe and is of great economic importance. However, the OSCE says only Batllavë is 70% full even though rainfall has been better in 2008 than 2007. Furthermore, 80% of the rural population gets their water from wells, many of which are contaminated by sewage. The bulk of wastewater from Kosovar factories and homes still goes straight into rivers and fields. Most rivers are polluted although they are clean at their source, the OSCE said.

The need is for fundamental measures and investment in reservoirs through to treatment and waste management. OSCE recommends that more dams are built. Uniquely there are three river basins flowing out of Kosovo into three different seas (the Black, Aegean and Adriatic), while the Ibar is the only major water source flowing into Kosovo. Yet there are no formal collaboration agreements to avoid downstream conflicts over pollution or dam building, OSCE said.

Cross-border collaboration in the region includes a shared Montenegrin/Albania perspective on the management of the large Skhoder (Scutari) lake on the two countries’ common borders. There are Italian/ Montenegrin projects slated for the river Moraca and on the Bay of Kotor, while Bosnia and Herzegovina have a US$75M loan project with the EBRD to rehabilitate electricity distribution for three local power utilities, EPBIH,EPRS and EPHZHB.

The International Commission for the Protection of the Danube (ICPDR) and its river basin is well established and shows how more collaboration is needed with and among the Balkan countries to the west. These countries are now emerging strongly from more than a decade of economic, political and transition difficulties and conflicts. The ICPDR’s reach included the first international warning system for Danube floods in March 2008. Along with the Joint Research Centre of the EU Commission, it takes in the Tisza, Drava and Sava river basins, the Danube Delta, Austria, Slovenia, Croatia, Bosnia and Herzegovina, Montenegro, Serbia, Romania and Bulgaria. Hungary and Slovakia also have some waters related to the overall system.

There is a substantial toxic legacy from industrial waste, pesticide and fertiliser in most of the transition countries, particularly where river basins meet the Adriatic. Essentially, polluting chemical and metal industries congregate along Croatian rivers both for water offtake and waste disposal. Across the whole region there is a major sewage infrastructure shortfall.

European Commissioner Fischer Boel said that farming takes about 60% of water extracted from EU river basins. ‘And of every cubic metre of water used for irrigation, on average 80% either is absorbed by crops or evaporates from the field,’ she added.

Therefore need and potential for many more reservoirs in the Balkans is high. Both theoretically and in practical revenue-earning terms, the hydro and dam industry can act as a filter of precipitation and snowmelt-fed rivers and basins for the downstream users in industry, agriculture and domestic consumers.

Fischer Boel plans to mobilise US$14B (made up of EU and national rural development budgets). Part of this will go on building reservoirs to store surplus winter water and improve irrigation techniques.

Small hydro is gaining ground across the Balkans. The small (municipal) investor is looking for medium-size hydro and dam companies who know how to tap special funds. This has been traditionally the arena of big players such as Siemens or alstom with specific staff to handle the World Bank, the European Investment Bank and the EBRD. The Balkans show small funding is happening. Brussels and USAID also have small technical funds in the agricultural sector which can mesh nicely with reservoir building for irrigation and domestic water projects. American banks are also very active.

The extensive use of reservoirs for fish production as part of food security is expanding exponentially. There is a market for expertise on protecting big volumes of fish at the turbines, as well as fish ladders and other bypass schemes. Reservoir stocks for the market attract EU funding and may be worth tens of millions of Euros. Food ministers want clean river basin waters reaching the sea which will not damage high value shellfish beds and fish breeding grounds.

The significance of this is reflected in tensions between Italy, Croatia, Slovenia and Albania over their coastal stocks. One side of the Adriatic is only about 148km from the other, so the potential for pollution from the land is very high. In 1993 fertiliser land runoff coated 600km of the Yugoslav to Italian coastline with toxic algae. This cost several billion Euros in today’s money through lost fish and collapsed tourism.

Bozidar Pankretic, Croatian Minister of Agriculture, Fisheries and Rural Development said he is keen to extend cooperation generally ‘on a correct basis’ with Italy. ‘We are working together with the other countries,’ he says ‘and everyone has to protect their own interests.’ For Pankretic, whether it is through fish or water, the EU aspiration helps bring everyone together.

It is all part of a process of growing collaboration based on a common need inside and near the Balkans. Furthermore, at the October 2007 VI Environment for Europe Conference in Belgrade, water ministers from the Ukraine, Romania, Slovakia, Hungary and Serbia agreed to protect the Tisza river basin from pollution, floods and drought. Historically, the Tisza has had some catastrophic pollution incidents and the agreement is part of the countries’ work to meet the EU WFD plan.

Significantly, Joachim D’Eugenio of the EU’s Environment Directorate, who is also chairman of the Tisza group, was quoted as saying: ‘Europe-wide, the Tisza is probably the most advanced in terms of developing such a plan at the sub-basin level. This achievement is especially important given the fact that the EU does not require sub-basin level plans. Two of the five countries are not even in the EU,’ he said. ‘It is truly a European model and pilot programme for other European sub-basins.’

Macedonia has good relations with Albania on the water front. The building of new highways with the EU and other multilateral funding will speed up their own links and those with Kosovo to the north, to the Adriatic, to Greece and the Black Sea. There are opportunities for conservation and flood control as these routes are part of the EU’s Trans European Network (TEN).

Macedonian Water Minister Aco Spasenovski says there is good cooperation with Albania on water. The Drin river runs from the shared Lake Ohrid. This is one of Europe’s largest and deepest lakes and 45% of its stock catch is valuable eels. ‘But the Ohrid water level is reaching a critical level,’ Spasenovski said. ‘With 2005, 2006 and 2007 being very bad [for rain], we must look everyday to make sure the situation is secure.’

Experts at Macedonia’s water masterplan unit are computerising their whole operation and databases, and have developed some of their own easy-to-use applications. The unit is working with the main German development agency GTZ and had earlier computer design support from the EU’s Phare project. The team has been using ESIR’s ArcView GIS 3D-Analyst for dam modelling and to assess water flows from Lake Ohrid, a practical use in response to a request from Albania for more summer water flow.

Macedonia started to liberalise the electricity sector in January 2008, offering free access to the network. The economy ministry also handled tenders for another 28 small hydro power plants on a BOT basis. There were 58 bids from 12 companies, of which five were foreign.

In Greece, small hydro is booming, not least because 30-50% subsidies are being offered for construction costs. Media reports suggest structural power supply issues and it is often irrigation power needs which are cut off to help avoid outages. Indeed, leading power producer PPC is reported to be planning 631 hydro stations from 2008-14. However, rainfall has been generally poor in recent years so it is unclear whether hydro can fill the gap to replace many ageing thermal stations.

Bulgaria indicated plans this year to build 26 new hydro plants on the Struma river between Pernik and Petrich. The EBRD’s renewables monitoring service quotes local reports saying there is high interest in small hydro investment and that 130 small hydro plants have been built in southwestern Bulgaria. The transmission network is obliged to buy any such green electricity.

Petar Dimitrov, Bulgaria’s Minister of Economy and Energy, used the occasion of the 76th icold meeting in Sofia in June 2008 to point out that: ‘Dams are extremely important for [the] Bulgarian economy’s sustainable development. The construction of large dams in the country is a part of the state policy for optimum use of the country’s water resources. Now there are 215 large dams in Bulgaria playing a key role in hydro energy, irrigation and water supply.’

At the moment, Bulgaria needs remedial work to be done on its hydro infrastructure. It is completing the 132m Tzankov Kamak arch dam, part of the Dospat-Vacha hydro cascade. Dimitrov told ICOLD a number of new hydro and irrigation dams are at the design stage and there are ideas for Danube power generation and navigation on its Bulgaria-Romania stretch.

Bulgaria’s accession to the EU has increased its ability to raise funding for remedial and new work. It has tapped the EBRD for US$155M for the development of 16 small hydro units as part of renewable energy credits, and US$84M for nine new small hydro schemes on the river Iskar.