New small hydro projects are being constructed in China with the aid of a US$105M World Bank loan. David Hayes takes a detailed look at three of the planned schemes 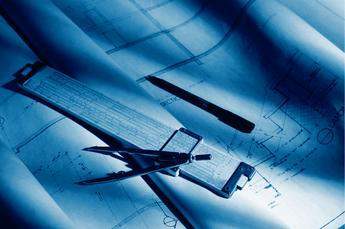 SINCE the mid-1980s China has undertaken an enormous power development programme to build the world’s second largest electricity industry after the US. At the end of the Ninth Five Year Plan (1996 to 2000) China’s installed electricity generation capacity stood at 319,000MW and the national power output had reached 1368BGWh a year.

While most international attention has focused on China’s major projects, a substantial amount of power generation capacity has been developed using small and medium size projects. Many are owned and run by local municipal governments, often being unconnected to the main provincial grid and supplying only customers connected to their local municipal electricity grid.

According to government figures, power plants owned by municipalities and local authorities total about 51,250MW; about 16% of China’s overall installed generating capacity. Small hydro power plants account for about 16,000MW of this..

Small hydro schemes are often developed at low cost using local resources and expertise. However, many schemes could achieve substantial increases in generation and operating efficiency if plant rehabilitation and upgrading programmes were carried out.

As part of efforts to develop an efficient organisational structure to promote the development and operation of small and mini hydro projects, China is using a US$105M World Bank loan to construct four small hydro schemes in Hubei Province in central China. The idea is that the projects will act as models for future schemes and encourage development of more efficient and profitable schemes in Hubei.

All four schemes are under construction in the mountainous areas of western Hubei where most of the province’s small and medium hydro power capacity and potential lies. Currently some 2267 small hydro power projects with a combined installed capacity of 1338MW are in service in Hubei including 1058 schemes which are 500kW or larger in size.

Each hydro scheme is being built by a new limited liability company sponsored by a municipal county-owned generation company. Prior to construction of the dams, each of the four selected counties was required to carry out a corporate and financial restructuring including the corporatisation of all county-owned generation facilities. In addition the ownership structure of the new hydro project company had to be changed to ensure financial viability during operation.

Dongping is situated on the Zhongjian river, a tributary of the Qinjiang, which joins the Yangtze river upstream of Dongting Lake. Dongping is the second of a proposed three dam cascade and is being built 40km downstream of the 26MW Longdong dam and will discharge into the reservoir of the 1600MW Shuibuya dam scheme, now being built on the Qinjiang.

Dongping dam is being built with a reservoir that will be confined within a steep, narrow mountain gorge; about 40m wide at river level and 250m wide at the proposed dam crest height. Only a thin veneer of soil covers the slopes of the bedrock dominated river gorge and will have little influence on the reservoir water quality after inundation. Sediment loads in the river are low.

Expected to cost US$86.2M to construct, Dongping is to be a concrete arch dam, 135m high with a crest length of 268m. Designed with a parabolic profile and section, the dam will require 410,000m3 of concrete. When completed the dam will be 7m thick at the crest, increasing to 28m at the base.

The body of the dam incorporates a drainage gallery for drilling and grouting with adits extending into the abutments. The dam also includes a spillway featuring three mid-level orifice outlets. The maximum expected flood would involve a peak water inflow of 5460m3/sec which is considered likely to happen once in a thousand years. During probable maximum flood conditions the dam would be overtopped by about 2.3m for about 12 hours. This is considered acceptable given the provision of measures to minimise erosion damage.

Dongping reservoir has been designed to store 191Mm3 of water, equivalent to about 13% of the average annual runoff. The maximum draw down is considerable at 34m and the operating head ranges from a maximum of about 112m down to an extreme low of 55m. With the rated head at 90m, the full plant generating capacity of 110MW will be available about 80% of the time. The minimum plant capacity is expected to be about 70MW.

River diversion during construction will be provided by a 900m long diversion tunnel on the right bank.

Power facilities at Dongping include a tower type intake for a maximum plant discharge of 139m3/sec, a 205m-long concrete lined power tunnel measuring 6.5m in diameter and an underground power house installed with two 55MW turbine generators with a rated head of 91.6m.

The dam is due for commissioning in 2006. The first 55MW turbine unit will start commercial operation in January followed by the second unit in March.

Najitan dam is due for commissioning in 2005. The three 12MW turbine generators will be commissioned at two monthly intervals beginning with the first unit in May 2005.

Najitan is to be located on the upper reaches of the Youshui river near the town of Baifusi. The site features a narrow gorge that opens into a wider valley section downstream. The gorge is about 60m wide at the river banks while the valley sides extend over 100m upwards.

The site is underlain by a mixture of limestone and shale rocks covered by a relatively thin overburden. The small reservoir planned for Najitan stretches back 22km upstream to the existing Tangkou hydro project. Reservoir leakage is not expected to be significant due to the surrounding high water table.

Najitan dam is under construction by Hubei Laifeng Najitan Hydropower Development Co Ltd, in which county government-owned Laifeng Youshui River Hydropower Development Co has a 45% shareholding while Laifeng County Investment Co has 35%. The remaining shares are owned by a subsidiary of Hubei’s state-owned provincial power grid company and a prefecture-owned power investment company.

As the river gorge is rather narrow in relation to the length required to accommodate a conventional spillway and power house site layout, the project developers will build the surface power house away from the dam, about 300m downstream where the gorge begins to open out.

Expected to cost US$42.4M to construct, Najitan dam will be built as a concrete gravity spillway structure with a crest length of 106m and a maximum height of 39m. Extensive foundation treatment is required and includes a substantial grout curtain and infilling of many limestone caves and fissures.

Power facilities include a side intake structure designed for a maximum plant discharge of 187m3/sec and a 8.2m diameter concrete lined power tunnel that runs about 250m together with a surge chamber designed as a surface concrete box structure. Short individual penstocks will be built to house the three 12MW turbine generating units. The rated head of the Kaplan turbines is 23m.

The spillway is a conventional gated overflow structure with six radial gates. A bottom outlet has been incorporated to allow reservoir drawdown and sediment sluicing. A staged approach to river diversion is planned during the construction period using longitudinal coffer dams to close off first the right bank and then the left bank portion of the river channel.

Najitan dam reservoir has a storage capacity of just 9.7Mm3 which is equivalent to just 24 hours of average water inflow and less than 12 hours at maximum power plant operation. Consequently the power plant will be operated as a run of the river plant with some limited daily regulation.

The Songshuling hydro scheme is a 50MW run of the river project being built in the western area of Hubei Province. It is located on the Guandu river, a tributary of the Duhe which joins the Yangtze at Hubei’s provincial capital, Wuhan, via the Hanshui river.

In 1969 Hubei Provincial government proposed building a series of hydroelectric dams at Songshuling, Pankou and Huanglongtan as a cascade. Huanglongtan dam was started in 1969 and completed in 1974. A feasibility study was carried out for Pankou in 1970 after which preparation work was discontinued when it was discovered that the reservoir would inundate grain producing farmland in Zhushan County and that building a saddle dam was too expensive.

A decade later Hubei Provincial government resumed planning work on the Duhe basin and this time recommended developing a seven dam cascade totalling 1400MW installed generating capacity of which only Huanglongtan has been built.

Under the adopted plan Songshuling will be sandwiched by two larger hydro schemes, both with high dam crests and large reservoirs, which consequently have dictated the configuration of the Songshuling scheme. The 200MW Longbeiwan dam is at the preliminary planning stage and will be built about 19km upstream while the 510MW Pankou dam is at an advanced planning stage and will be sited downstream.

Expected to cost US$42.2M to build, the Songshuling scheme is being constructed in a mountainous area with steep sided valleys. Connected to the dam intake adjacent to the dam by a 300m long power tunnel, the surface powerhouse is located about 200m down stream from the dam where the valley is a little wider.

Songshuling is a concrete gravity dam with a crest height of 65m and length of 128m. A total of 190,000m3 of concrete is expected to have been poured when the project is completed. The dam body incorporates a drainage gallery for drilling and grouting, while the spillway extends over the central section of the dam crest and features four overflow gated bays.

Sedimentation is a potential key issue as Songshuling’s small reservoir cannot provide long term storage for the expected accumulated sediment load. However, with Longbeiwan dam in operation upstream, sediment inflow to Songshuling should be minimal.

A low level outlet will be installed to allow sediment to be sluiced in the event that construction of Longbeiwan is delayed. This will also allow a river flow release during reservoir filling and subsequent operation.

One unusual feature at Songshuling is the provision of a permanent access tunnel from the power house area up to the dam crest. This feature is being constructed because of difficulty in incorporating an access road within the narrow confines of the steep sided valley.

The scheme is due for commissioning in 2005. The first 12.5MW turbine unit will start commercial operation in January followed by the second unit in February and the third and fourth units in March 2005. Designed to operate for 3080 hours a year, Songshuling is expected to generate 154 GWh of electricity annually.