Unit 4 at Russia's Beloyarsk NPP has for the second time been brought to minimum controlled power, moving it a step closer to starting commercial operation. 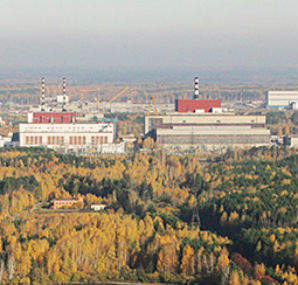 Unit 4 at Russia’s Beloyarsk NPP has for the second time been brought to minimum controlled power, moving it a step closer to starting commercial operation.

The 789MWe BN-800 sodium-cooled fast reactor completed the last stage of physical start-up on 30 July and reached 0.13% of minimum controlled power the following day. The unit first achieved minimum controlled power on 27 June 2014, with the start of operation planned for the end of that year. In December, however, Russian nuclear utility Rosenergoatom announced that nuclear fuel for the unit needed to be developed further. The unit is now expected to start operations by the end of 2015.

The BN-800, the world’s biggest fast neutron reactor, uses mixed uranium and plutonium oxide (MOX) fuel arranged to produce new fuel material as it burns. Previously, the 560MWe unit 3 at Beloyarsk, with a BN-600, was the world’s biggest fast reactor. It has been in commercial operation since 1980.
Viktor Saruda, general director of Uralenergostroy, general contractor for all the Beloyarsk units, said construction work at the plant has been a "bridge between the past and the future." Construction of the BN-800 and a larger BN-1600 unit began in 1984, with the BN-800 startup planned for 1992. But after 1986 all nuclear construction was frozen and the projects were restructured. Little progress was made in the 1990s because of the serious economic situation, but the design of the BN-800 was improved.
In 2006 construction of the BN-800 was included in the Federal Target Programme "Development of Russia’s nuclear energy complex or 2007-2010 and up to 2015" and financing was set aside. The reactor holds a key position in Russia’s stated policy to close the fuel cycle as far as possible and utilize recycled uranium and MOX fuel. In 2011 only about 16% of used fuel was reprocessed, but the target is 100% by 2030.
At the Mining and Chemical Combine (MCC) in Zheleznogorsk, a MOX fuel fabrication plant for fast reactors will be completed this year; a pilot demonstration centre for used nuclear fuel reprocessing will be completed by 2016; a full-scale RT-2 facility will be completed to reprocess VVER, RBMK and BN used fuel into MOX or into Remix – a regenerated mixture of uranium and plutonium oxides; and used fuel pool storage will be replaced with dry storage.
There are plans to build a fifth unit at Beloyarsk with a larger BN-1200 fast reactor. It will use larger fuel elements than the BN-600 and BN-800 and have a simplified refuelling procedure. OKBM Afrikantov is developing a BN-1200 reactor design. However, in April, Rosenergoatom postponed construction of the BN-1200 citing the need to improve fuel for the reactor and amid speculation about the cost-effectiveness of the project. The reactor had been scheduled to start commercial operation in 2025, depending on operating experience with Beloyarsk 4.