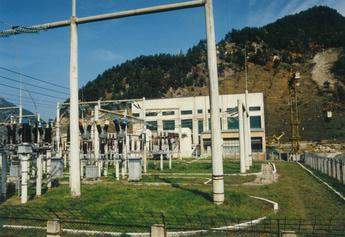 Romania has an area of 237,500km2 and a population of 22.6M. There are 210 large dams in operation and a further 28 large dams are under construction.The technically feasible hydro potential is 40,000GWh/yr, corresponding to 14,800MW of capacity. So far, about 40%of the technically feasible hydro potential has been developed. The total installed hydro power capacity is 5934MW.

Hydro plants generate 1600GWh/yr on average (29.63% of production). One of the largest refurbishment projects under way in Eastern Europe is at the 2100MW Iron Gates I (Portile de Fier) hydro project on the Danube river along the border of Romania and Yugoslavia. Contractors Sulzer Hydro and ABB Schweiz are refurbishing and upgrading each of the six turbine-generators on the Romanian side.

The Azuga dam is also being developed in association with foreign financing sources. A buttress type dam will be located on Azuga river, 12km from Azuga town on Prahova Valley, Prahova County.

At the same time, it is expected that the 186MW Siriu -Surduc-Nehoiasu hydro power system will be completed in association with Harza Engineering of the US.