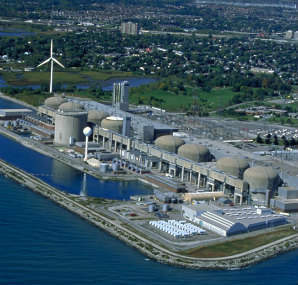 The new licence will be valid from 1 September 2013 until 31 August 2018, but it includes a regulatory hold point that prohibits the operation of the Pickering B beyond 210,000 effective full power hours (around 24 years).

CNSC said that for removal of the hold point to be approved owner/operator Ontario Power Generation must provide three pieces of additional information. These include: a revised probabilistic safety assessment (PSA) for Pickering A; an updated PSA for both Pickering A and Pickering B that takes into account post-Fukushima upgrade requirements; and a methodology for a whole-site PSA, specific to the Pickering site.

The regulator also directed OPG to produce an emergency management public information document, to be distributed to all households in the Pickering area. The document, which would summarize the integrated emergency response plan of all involved organizations, is expected by the end of June 2014.

The two operating units at Pickering A started up in 1971 and 1973, while the four-unit at Pickering B began commercial operation from 1983. The Picker Station has produced some 700 TWh of electricity over its lifetime and in 2012 supplied about 13% of the electricity consumed in Ontario.