Taiwan's government said it will suspend construction of Lungmen 1&2 until a referendum on nuclear energy takes place, reports the Wall Street Journal. 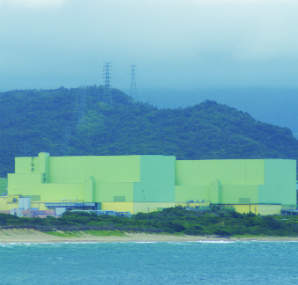 Taiwan’s government said it will suspend construction of Lungmen 1&2 until a referendum on nuclear energy takes place, reports the Wall Street Journal.

On Saturday, Taiwan’s government said it has no schedule to start up the vexed Lungmen nuclear power plant. It denied the comments of a TV pundit, who said that the plant could start fuelling as soon as safety inspections were finished in June.

Since the Fukushima disaster in 2011, the Taiwanese public has become more antinuclear, and the start-up of the two-unit ABWR has come to face strong local opposition.

The government’s Ministry of Economy said that permission to load the reactor is subject to other approvals, and would likely be some months later than June. First, after the safety inspections finish, state utility Taipower must submit a report to the Atomic Energy Council. If AEC reviews the report favourably, Taipower will be able to apply for first core loading of unit 1.

The government said it has not set a timeline on Lungmen startup, despite the risk of looming power shortages, reports Taiwanese newspaper Want China Times.

Lungmen has had a difficult build, facing multiple political and technical problems that have resulted in delays. Construction started in 1999, but problems with the technical reinforced concrete foundation and vessel supports, and a change of government, among other issues, have delayed the start-up of the plant.