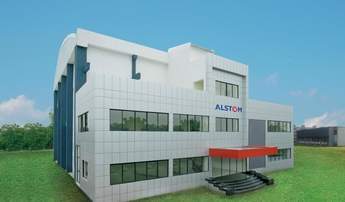 alstom has chosen India to establish its first research and development centre outside Europe and it has good reasons. With a total installed capacity of more than 36,000MW, and an estimated untapped potential of over 130,000MW for hydro power, India is one of the biggest actual and potential markets in Asia.

Philippe Cochet, president of alstom-hydro, a joint venture between Alstom and Bouygues, has said that, ‘by focusing on the specific issues of the Indian hydro market, the new centre will enable the company to develop highly innovative [and] integrated products and technologies’.

The Himalayas are the source of many perennial rivers that carry huge quantities of water across the sub-continent and at many places provide an opportunity of harnessing a head fall of more than 400m, an ideal setting for a Pelton turbine.

‘To achieve a stabilised national grid, which unfortunately India does not have, it is important to harness maximum power at a single point through big hydro projects,’ says Shivendra Nath Verma, chief engineer of India’s National Hydro Power Corporation (NHPC).

In India there is a wide variation in the peak and off-peak demand of electricity, leading to major frequency fluctuations in the grid. This requires power plants to be shut down and restarted at short notice of five to 10 minutes, and the Indian government thinks the best way to check these fluctuations is through the control of big hydro power plants.

NHPC, a government company operating 13 projects totalling 5175MW – with a further 11 plants under construction expected to add 4622MW – also happens to be the biggest customer of hydro power equipments in the country. Its largest project – the 2000MW Subansiri Lower hydroelectric power plant in the north-eastern states of Assam and Arunachal Pradesh – has Alstom turbines, generators, digital governing system and main inlet valve.

In the central and southern regions of the country, small hydro projects – 5 to 25 MW generation capacity – use Kaplan turbines, while on the slow moving rivers power is generated through bulb turbines.

Experts say that hydro power could get a huge push if Indian policy makers allocate resources based on pure merit and without political interference. A senior government official related to the hydro power industry told IWP&DC that in the past an undue emphasis has been given to thermal power plants because leaders want the investment to go into their political constituencies and produce results within the five-year term of their office. Most hydro power projects have a longer gestation period and their locations are restricted due to geographical reasons.

Things are not easy for private investors either. Dr Rajeshwer Prasad Saini, Associate Professor at the Alternate Hydro Energy Centre of Indian Institute of Technology Roorkee, said that the Himalayan foothill state of Uttarakhand holds a huge potential of hydro but due to the lack of clear policy and related laws, there is uncertainty and private investors are reluctant to come forward. ‘Hydro projects last for 30-40 years, but there is no provision for an increase in the price for generated power that is bought by state governments at INDRupees 2 (US$0.04 cents) to INDRupees 3 (US$0.06 cents) per KW-hour’, he said.

Private investors are also reluctant to invest in a hydro project when they are in remote locations and therefore require extra funds to build supporting infrastructure, such as link roads and the long transmission network connecting the grid.

Furthermore, Himalayan rivers such as the Ganges, Yamuna and Indus contain huge quantities of mud and sand which leads to early corrosion of turbines blades, which causes frequent operational problems. The composition of this silt is different at different places, thus requiring specific measures to deal with the problem, depending on the location of a plant.

At its Vadodara centre, Alstom has established a silt abrasion test-rig laboratory to carry out research on new technical solutions to this problem.

Presently it is testing the resistance of the specialist soft coating Neyrco and the High Velocity Oxy-Fuel (HVOF) spray coating to deal with the silt collected from various Indian rivers.

Out of 3000 Alstom employees in the country – mostly engineers – 900 are based in Vadodara, which can annually produce equipment to generate 1600MW of power. It has India’s largest (112 tonnes/250 MW) turbine runner and it can produce 1700 electric bars per month.

The company is going to install the 240 MW Lower Jurala hydroelectric plant in the central Indian state of Andhra Pradesh, with the equipment being designed and produced at its Vadodara unit – the turbine designs are currently being tested.