Collaboration between utilities, federal agencies, local tribes and environmental groups has placed the environment high on the agenda in the relicensing process of three PacifiCorp-owned hydro power plants. 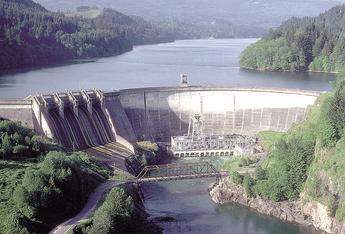 Applications have been filed with the Federal Energy Regulatory Commission for the Merwin, Yale and Swift No.1 schemes on the Lewis river, Washington, US totalling 510MW, where existing licenses are due to expire by 2006.

Environmental measures tabled by PacifiCorp include the introduction of salmon and steelhead to the upper basin above Swift reservoir; provision of fish passage by trapping returning adults at Merwin dam and trucking them to Swift reservoir; and the collection of migrating juvenile fish at Swift dam and transport to the river below.

The Cowlitz County Public Utility District has also filed an application with FERC to relicense the 70MW Swift No.2 scheme located on the Lewis between Swift No.1 and Yale.