After nearly 16 months of work on the Dai Ninh hydro power project in Vietnam, Cavico Corporation has announced final breakthrough on the project's headrace tunnel. 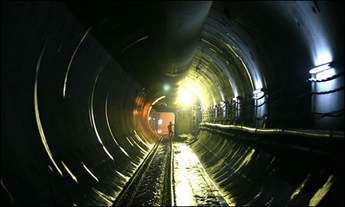 The tunnel is 11,000m long, of which 4000m were excavated using the drill and blast method of the New Austrian Tunnelling Method (NATM) and 7000m were constructed using a tunnel boring machine (TBM).

The Dai Ninh project is being constructed through a loan from the Japan Bank for International Cooperation (JBIC) and by Japan’s joint venture main contractors, KAJIMA-KUMAGAI. Cavico is working as a subcontractor on the project and is responsible for the headrace tunnel and surge tank construction.

Cavico has completed final breakthrough on the headrace tunnel