Hydro Tasmania has announced its CEO, Roy Adair, is leaving the business after three years at the helm of the company. 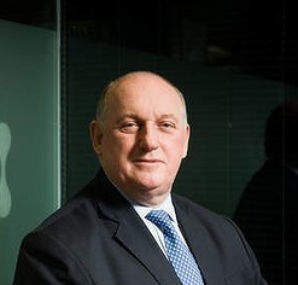 Hydro Tasmania has announced its CEO, Roy Adair, is leaving the business after three years at the helm of the company.

Chairman David Crean said Mr Adair and the Board had agreed that the time was right for a change to take the business through its next phase and to provide long-term stability to the organisation.

Dr Crean said this followed the completed transfer of Tamar Valley Power Station to Hydro Tasmania as a material element of the implementation of the Government’s electricity industry reform process. It came at the same time as the end of another successful year for the business and the completion of a number of significant projects.

Dr Crean said that in his time at the company, Adair has led the business to record levels of profit and raised the level of performance such that it is well-placed to deal with the many challenges ahead.

“Roy leaves a legacy of a well-run business, having steered Hydro Tasmania through the Expert Panel Review and the electricity reform implementation process, as well as making significant progress in achieving our key strategic goals as an integrated energy player in the National Electricity Market," he said. "The Board and Roy have agreed that now is the time for change and to make way for new leadership of the business as it looks ahead to the post-reform period."

Dr Crean said the Board had established a process to appoint a new CEO, which is expected to take up to two months to complete.

In the meantime, the Board has appointed Stephen Davy as acting CEO until a permanent replacement has been selected. Stephen was previously Chief Commercial Officer.