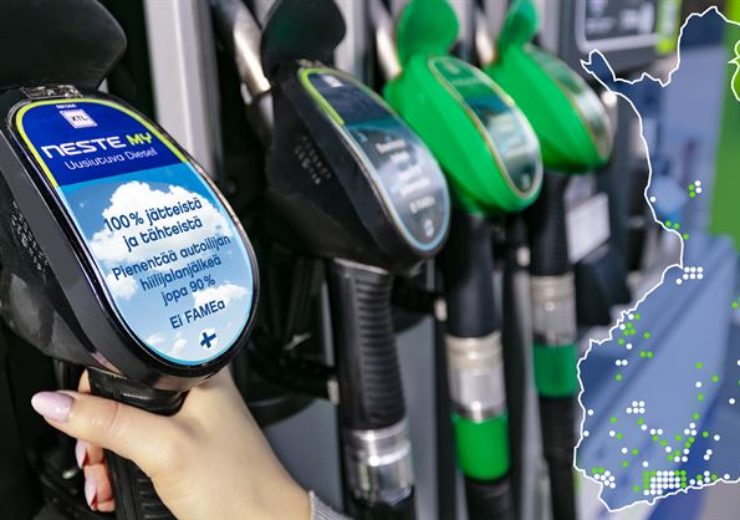 Neste aim to expand renewable diesel to the whole of Finland. (Credit: Neste)

“Our customers have asked for more stations offering renewable diesel ‒ that is why we are now expanding the number of stations providing Neste MY Renewable Diesel in one big go. With this expansion, both private and business customers can refuel renewable diesel across Finland. Neste MY Renewable Diesel is a low-emission solution which can be used straight away with no modifications to the vehicle or engine,” says Katri Taskinen, Vice President responsible for the sales of the Neste station network in Finland.

The number of distribution points will be expanded from 70 stations to 120 stations during the spring. The number of fuel supply points for light traffic will increase by 38 new stations, 24 of which will be located in regions where Neste MY Renewable Diesel has not been previously available. For commercial vehicles, there will be 13 new stations, which means that distribution will be expanded to 11 new regions.

“Finland is known to have an old car fleet – for example, cars purchased this year are only expected to be scrapped around 2040. Also, heavy transportation in Finland will be using diesel for a long time to come. According to our recent survey*, a third of Finns would be ready to switch from fossil fuels to a more environmentally friendly alternative within two years. A total of 43% of respondents could consider switching from a current gas or diesel car to an electric or gas car over the next ten years. It is clear that all solutions are necessary and that they should be continuously developed,” Taskinen says.

Renewable fuels are an effective way to reduce road transportation emissions, and they are suitable for the current car fleet. Neste MY Renewable Diesel was launched in January 2017 in Finland, and its demand has increased significantly in a short period of time.

“With their own choices, businesses and consumers are showing decision-makers and infrastructure developers the kind of future Finns want to build. Deciding to purchase responsible alternatives accelerates the expansion of supply in the market to more and more people. Neste MY Renewable Diesel is a concrete solution that customers can use to reduce their own carbon footprint immediately,” Taskinen explains.

In addition to Finland, Neste MY Renewable Diesel is available in Estonia, Latvia, Lithuania, Sweden and the Netherlands as well as in the United States in California and Oregon.