The drilling on four production wells has been started by the Deepsea Yantai semi-submersible rig, which is operated by Odfjell Drilling 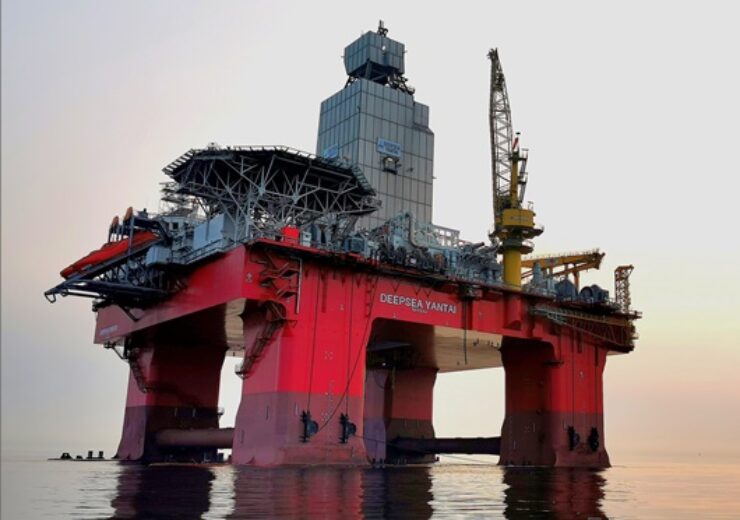 Neptune Energy, along with partners Vår Energi, Suncor Energy and DNO, has commenced a final well campaign on the Fenja field in the Norwegian Sea.

The drilling on four production wells has been started by the Deepsea Yantai semi-submersible rig, which is operated by Odfjell Drilling.

The Fenja development, which is operated by Neptune Energy, includes two subsea templates tied back to the Njord A platform through a production pipeline, water and gas injection pipelines and an umbilical.

Neptune has planned the wells as two oil producers, one water injector and a gas injector. At the end of field life, the gas injector will be transformed into a gas producer.

Neptune Energy Norway projects and engineering director Erik Oppedal said: “This is the final phase of the Fenja development project which is located in a strategically important growth area for the business, with a number of other interesting prospects nearby.

“Norway is an important part of Neptune’s geographically-diverse portfolio and this is an excellent example of the company’s commitment to investing in the region.”

The Deepsea Yantai is prepared to drill into the reservoir sections, in addition to installing the lower completions and executing well clean-up activities. The drilling work is expected to be completed in around 160 days.

Slated to become operational in the first half of 2023, Fenja is expected to produce around 28,000 barrels of oil equivalent per day at the plateau.

At the beginning of this year, Neptune completed the installation and testing of the electrically trace-heated (ETH) pipe-in-pipe solution to ship oil from the Fenja field to the Njord A platform. It is claimed to be the world’s longest ETH subsea production pipeline, at 37km.

The Fenja oil and gas field is located at a water depth of 325m and around 36km southwest of the Equinor-operated Njord A platform, which will receive fluids at the Fenja field.

Neptune has a 22.5% stake in Njord A, which is situated 120km north of Kristiansund.