The Estonian energy company Enefit utilized Milrem Robotics’ commercial line unmanned ground vehicle Multiscope to determine the condition of the pillars in a mine in which mining ended ten years ago. 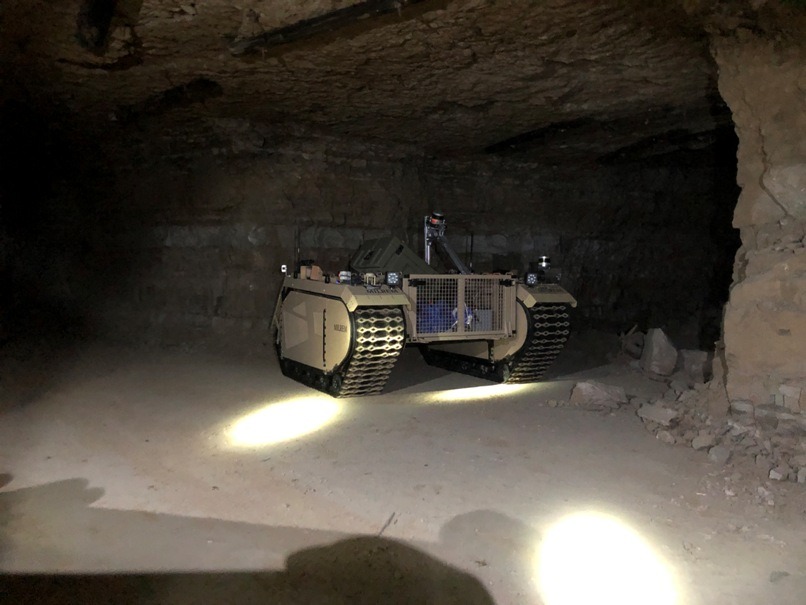 The Multiscope equipped with 3D LiDARs was used in the Estonia Mine in closed underground locations. As the anchor structure used to support the ceiling is removed after the end of mining operations, people are no longer allowed to enter those areas.

“Enefit uses smart and innovative solutions to make our production more efficient, to minimize our environmental impact, and prevent occupational safety-related risks. An unmanned vehicle is an excellent solution for conducting surveys in an area which may be unsafe or prohibited for people to enter,” said Veljo Aleksandrov, Development Project Director at Enefit. “The vehicle’s mission was successful – we obtained the three-dimensional images and other necessary data which are vital for building a solar power plant on top of the mine,” added Aleksandrov.

Enefit is planning on building one of the largest solar power plants of the region on top of the abandoned mine which will be generating approximately 3,500 MWh of renewable electricity per year.

“The engineers of Milrem Robotics are working on different robotics solutions designed for the civil market. Above all, they are focusing on autonomous movement in complicated environments. Multiscope is a good example of how our technology helps to increase efficiency and complete complex tasks,” said Kuldar Väärsi, CEO of Milrem Robotics.

For this mission the Multiscope was piloted underground using data coming from LiDARs and wide spectrum HDR cameras, however, autonomous operation can be applied in future projects.

This was the first time the conditions in a closed room block were examined in this manner, Enefit stated.