Mike Henry replaces outgoing BHP boss Andrew Mackenzie, who has steered the ship since 2013, while contending with the Samarco tailings dam disaster and investor unrest over climate issues 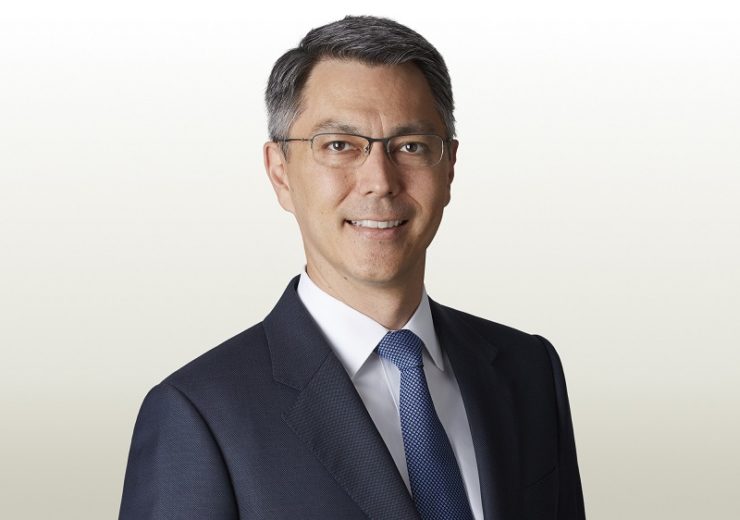 Mike Henry has been appointed the next BHP CEO (Credit: BHP)

He succeeds current chief Andrew Mackenzie, who announced his intention to step down earlier this year after nine years at the helm of the extractive conglomerate.

Canadian Henry, 53, has been part of the BHP executive leadership team since 2011, and has headed the Minerals Australian unit of the firm since 2016.

The promotion will earn the incoming boss $1.7m annually.

He joined the company in 2003, and is considered a safe pair of hands to take over the reins, bringing a high degree of pragmatism and discipline to the role, as well as a focus on safety and technology-driven efficiencies throughout the business.

Henry said: “I am honoured and privileged to be appointed as CEO and to have the opportunity to lead the talented and hard-working people who make BHP a great company.

“We will unlock even greater value from our ore bodies and petroleum basins by enabling our people with the capability, data and technology to innovate and improve.

“We must operate safely, with discipline and reduce our impact on the environment – and with the right people and the right culture we will deliver value and strong returns for shareholders and for all of society.”

Outgoing boss Mackenzie has overseen a turbulent time for BHP, which has involved the simplification of the miner’s global portfolio and the Samarco tailings dam disaster, at which 19 people were killed with the collapse of a tailings dam at a joint venture between BHP and Vale in Brazil.

Earlier this month, BHP approved $44m to repair the damaged infrastructure and restore the mine to full operational capacity. Work will include the construction of a filtration plant and dry tailings stacking technology.

The pay-outs came on the back of a 2% rise in underlying profit for the year to the end of June.

Henry’s task will be to build on this performance while contending with the challenges presented by changes in the market led by greater environmental focus and shareholder pressure to end associations with the fossil fuel industry.

At its latest AGM, BHP faced pressure from activist investors to cut ties with lobbyist groups for the fossil fuel industry – most notably the Minerals Council of Australia – indicative of a mounting concern over environmental issues as the spectre of climate change looms ever stronger in the global consciousness.

The firm has recently committed to transitioning its two biggest copper mines in Chile to run fully on renewable power by the middle of next year, forming part of a wider $400m commitment in its Climate Investment Programme designed to reduce emissions over the next five years.

Henry’s experience is the ‘perfect mix’ for BHP

BHP chairman Ken MacKenzie said: “Mike Henry’s deep operational and commercial experience, developed in a global career spanning the Americas, Europe, Asia and Australia, is the perfect mix for our next CEO.

“I am confident his discipline and focus will deliver a culture of high performance and returns.

“He has been a strong advocate for the industry, driving higher standards of safety and a commitment to our local communities and global stakeholders.

“We would like to recognise the outstanding contribution of Andrew Mackenzie as CEO.

“Under his leadership, BHP has transformed into a simpler and more productive company, financially strong and sharply focused on value for shareholders. We thank him for his vision and hard work, which has changed the way we operate and engage with the world.”