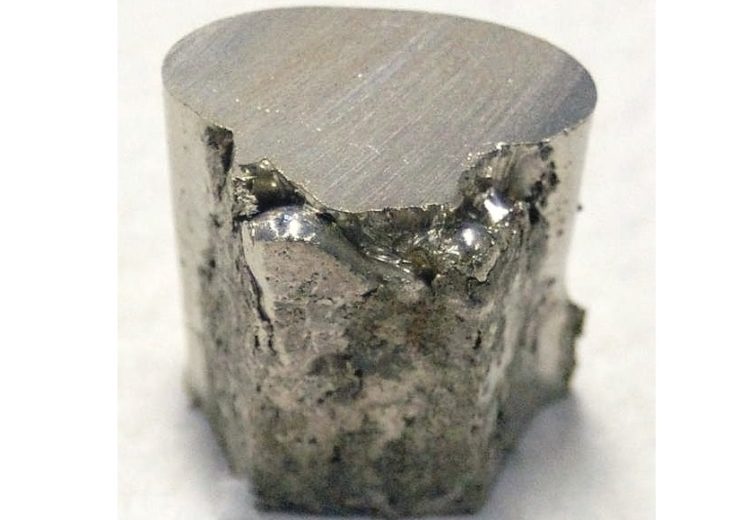 Image: A pitted and lumpy piece of nickel. Photo: Courtesy of Materialscientist/Wikipedia.org

Metallis Resources is pleased to provide updates on its Thunder North and Thunder South targets as Phase 1 exploration continues at its 100%-owned Kirkham Property in the heart of Northwest B.C.’s prolific Eskay Camp, contiguous to Garibaldi Resources’ Nickel Mountain Project.

Based on an evolving geological understanding of the Eskay Rift and recently conducted 3D geological modeling, the Company launched its 2019 field program at the end of June with a focus on mapping, trenching and soil sampling in preparation for an extensive drill program at Kirkham to commence later this month.  The 106 sq. km property is prospective for multiple deposit types.

Field investigations have confirmed the presence of gabbros at the “K9” target within the Thunder North area. Outcrops of gabbro were identified on the Kirkham Property along the southwestern extension of the >~12km trend known as the Nickel Mountain Gabbro Complex;

Ground-based follow-up on nickel sulphide targets is focused on mafic intrusions at both the “K9” target and the southern flank of the Lehto Pluton which contains fragments of gabbro and may be the source of olivine gabbro boulders identified in the drainage. Mapping and prospecting have identified outcropping Nickel Mountain-type leucocratic gabbros at “K9” (Click here to View Map). Soil and selective rock-chip samples have been collected for geochemical and petrogenetic analysis. Depending on the results, Metallis geologists plan to carry out detailed studies aimed at establishing the source of the mafic igneous rocks and their potential to host magmatic nickel sulphide mineralization, and

New gold target at Thunder South: Re-evaluation and mapping of the Hazelton stratigraphy has resulted in the discovery of a significant shear vein zone of at least 400m x 400m referred to as the Priority 1 Zone, part of a broader prospective area exposed by a receding glacier (Click Here to View Map).

Follow-up field work from remote sensing and VTEM data led to the discovery of a broad shear zone exposed by a receding glacier at Thunder South.  The shear zone is characterized by intense folding, faulting and stringers of sulphides prospective for high-grade gold mineralization. The exploration team is currently mapping the structural fabric, shear patterns and orientation of the quartz-carbonate veins and have collected rock chip samples for geochemical analysis. As of now, the prospective area is approximately 1 km long by ½ km wide. The Company looks forward to updating shareholders in the near future regarding this exciting new target area.

Fiore Aliperti, Metallis’ President and CEO, stated: “Two years of extensive work has put us in a position to reach a breakthrough summer at Kirkham. The gold target at Thunder South is a pleasant surprise while the nickel sulphide potential of Thunder North remains promising.  Further south at Kirkham, our geological team continues to greatly expand their understanding of the 7.5-km-long Hawilson monzonite and an associated large-scale porphyry system adjacent to high-grade gold mineralization discovered by drilling last year.”

Technical aspects of this news release have been reviewed and approved by David Dupre, P.Geo., designated as a qualified person under National Instrument 43-101.