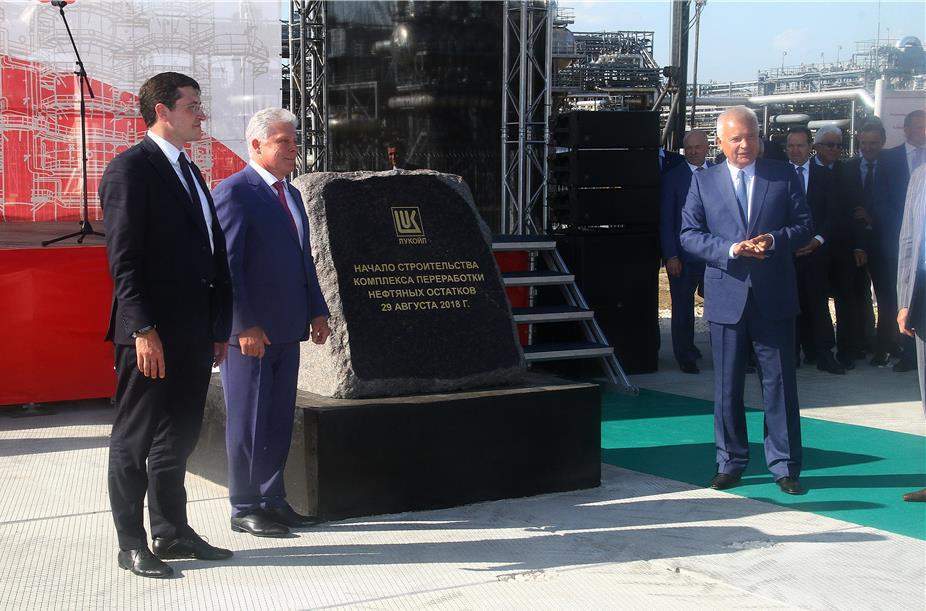 The petroleum residue recycling facility, which will be based on the process of delayed coking, is scheduled to be commissioned in 2021. It will have a total annual feed rate of 2.1 million tonnes per annum.

In addition to a delayed coker, the petroleum residue recycling facility at the Russian refinery will have a diesel hydrotreater, a gas fractionator, hydrogen and sulfur production units, and other infrastructure facilities.

After the commissioning of the new facility, the Nizhny Novgorod petroleum refinery will greatly bring down its production of fuel oil, boost the refinery yield up to 95.5% and achieve higher synergy with the existing fluidized catalytic-cracking units.

Lukoil expects the yield of light petroleum products at the refinery to grow from the current rate of 64% up to 76% after placing the petroleum residue recycling facility into service.

The new facility at the Lukoil-Nizhegorodnefteorgsintez petroleum refinery is also anticipated to increase tax revenues at various administrative levels while creating additional employment for more than 200 people.

Lukoil had taken a final investment decision on the delayed coker complex at the Nizhny Novgorod refinery in November 2017. Around the same time, the Russian company gave a contract to CB&I for the detailed engineering, procurement and supply of process equipment, which included two delayed coking heaters.

The two units will be based on Chevron Lummus Global’s (CLG) delayed coking technology.

The Nizhny Novgorod refinery, which has a capacity of 17 million tonnes per annum, produces both fuels and lubricants.

In the upstream sector, the Russian company said that it had completed transportation and started installation of the substructure for the wellhead platform at the Vladimir Filanovsky field in the Caspian Sea.