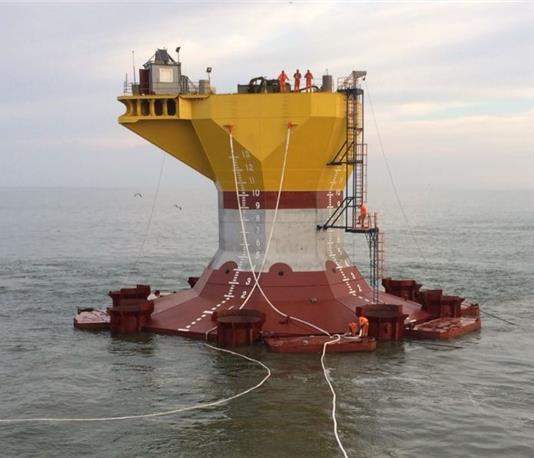 Built at the Galaktika shipyard in Astrakhan, the substructure designed for the wellhead platform was transported to the site through the Volga-Caspian Shipping Canal.

LUKOIL-Nizhnevolzhskneft, a wholly owned subsidiary of LUKOIL, is currently building the topside for the wellhead platform at its construction and assembly yard.

The wellhead platform is designed to produce and gather crude oil, which will then be supplied to the central processing platform of the first stage of the field.

The third phase of the field aims to develop the Western part of the reservoir and maintain stable production plateau, Lukoil said.

Production at the wellhead platform, which is being built as part of the third stage of the field, is scheduled to commence in 2019.

Lukoil said that almost all the operations the facility will be automated, thus reducing the involvement of service personnel.

Initial recoverable reserves of the Vladimir Filanovsky field, which was commissioned in 2016, amount to 129 million tons of crude oil and 30 billion cubic meters of gas.

According to estimates, the field holds reserves of 153.1 million tons of oil and 32.2 billion cubic meters of gas.

The Vladimir Filanovsky field contains gas and oil located within the Albian and Aptian stages, and the Neocomean superstage of the early Cretaceous sediments.

The field is being developed in the three phases with the first phase commissioned in 2016. It included a fixed ice resistant platform, an accommodation block platform, a riser block and a central processing platform.