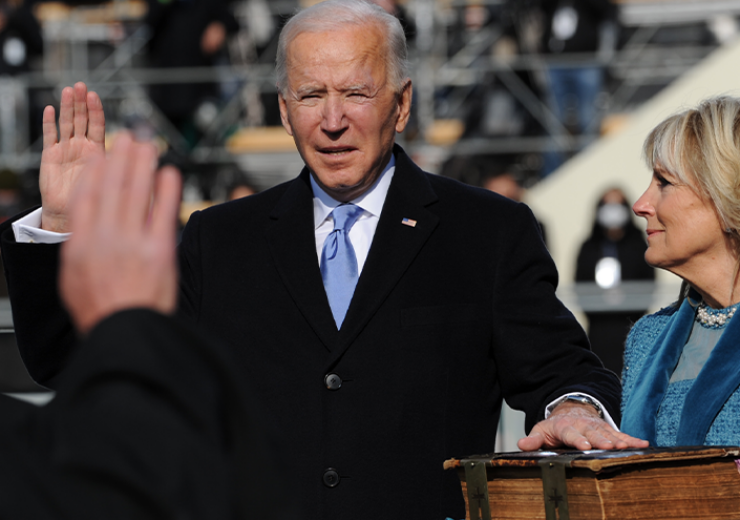 The 1,947km long pipeline is proposed to deliver 830,000 barrels per day (Bbl/day) of crude oil sourced from Hardisty, Alberta in Canada to Steele City, Nebraska in the US.

Donald Trump had issued Presidential Permit to the project twice, first in March 2017 and two years later to override an appeals court ruling.

Following Biden’s signing of an executive order to scrap the permit, TC Energy has suspended advancement of the crude oil pipeline project. The Canadian energy company said that it would review the decision, study its implications, and consider its options.

The company will also cease capitalising costs, which include interest during construction, with immediate effect. Furthermore, the company said that it will assess the carrying value of its investment in Keystone XL, net of project recoveries.

TC Energy said that Biden’s decision was expected while adding that it would reverse a comprehensive regulatory process that lasted more than 10 years.

According to the company, the Keystone XL pipeline would transport oil in an environmentally responsible manner while boosting North American energy security.

TC Energy president and CEO François Poirier said: “Our base business continues to perform very well and, aside from Keystone XL, we are advancing $25 billion of secured capital projects along with a robust portfolio of other similarly high quality opportunities under development.

“These initiatives are expected to generate growth in earnings and cash flow per share and support annual dividend increases of eight to ten per cent in 2021 and five to seven per cent thereafter.”

Permit cancellation to lead to thousands of layoffs

The Canadian firm also said that US President’s decision will now result in the layoff of thousands of workers. Besides, it would negatively affect industry commitments to use new renewable energy and also equity partnerships with Indigenous groups, said TC Energy.

The Keystone XL pipeline project was estimated to create 2,800 construction jobs in Canada and 10,400 similar jobs in the US.

In late 2020, TCS Energy inked a deal with Natural Law Energy which enables the latter to make an equity investment of up to CAD1bn ($792.7m) in the Keystone XL pipeline project.

Meanwhile, Canadian Prime Minister Justin Trudeau issued a statement, saying: “Earlier today, Joe Biden was sworn in as the 46th President of the United States of America. While we welcome the President’s commitment to fight climate change, we are disappointed but acknowledge the President’s decision to fulfil his election campaign promise on Keystone XL.

“I spoke directly with President Biden about the project last November, and Ambassador Hillman and others in our government made the case to high-level officials in the incoming administration.

“Workers in Alberta, Saskatchewan, and across Canada will always have our support. Canada is the single-largest supplier of energy to the United States, contributing to U.S. energy security and economic competitiveness, and supporting thousands of jobs on both sides of the border.”