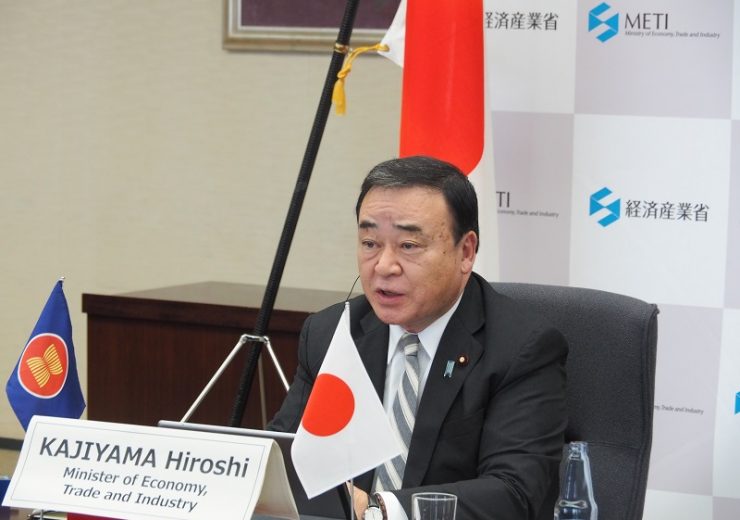 Hiroshi Kajiyama said that Japan has pledged a financial aid of $10bn for decarbonisation projects in Asia. (Credit: Japanese Ministry of Economy, Trade and Industry)

Japan has committed to providing financial aid of $10bn for the energy transition in southeast Asia through decarbonisation projects that include renewable energy, energy-saving, LNG, and conversion of coal-fired power plants to gas-fired.

An announcement in this regard was made by the Japanese Minister of Economy, Trade, and Industry Hiroshi Kajiyama during a virtual meeting with the Association of Southeast Asian Nations (ASEAN) energy ministers.

During the meeting, Kajiyama proposed multiple support measures for the region under the Asia Energy Transition Initiative (AETI). Included in these are assisting each of the countries to determine a realistic path towards carbon neutrality and in building a roadmap for achieving it.

Kajiyama said: “We propose the Asian Energy Transition Initiative as a package of Japanese support for realistic transitions in Asia towards carbon neutrality.”

According to Takeshi Soda, director for international affairs at Japan’s industry ministry, the financial support from the country is expected to come in the form of lending and investments from its public and private sector.

It will be provided to projects designed to help reduce carbon emissions, while contributing to the carbon neutral target of each of the countries.

The projects, which will get the Japanese funding will also include liquefied natural gas (LNG) receiving terminals with natural gas being seen as an alternative to coal and a major transition fuel, reported Reuters, citing Soda.

The Japanese Ministry of Economy, Trade, and Industry stated: “Going forward, we will continue to steadily implement various transition efforts and projects for the realisation of carbon neutrality with ASEAN countries, and while cooperating with these countries, we will realise carbon neutrality worldwide through various opportunities.

“We will proactively disseminate to the world the importance of steady transitions toward the future and the efforts to support such transitions.”