For back-up at Whitelee, the UK's biggest onshore wind farm, developed by Scottish Power Renewables near Glasgow and the facility will supply sufficient power to meet the demand of all the homes in a city of the size of Bilbao for an hour 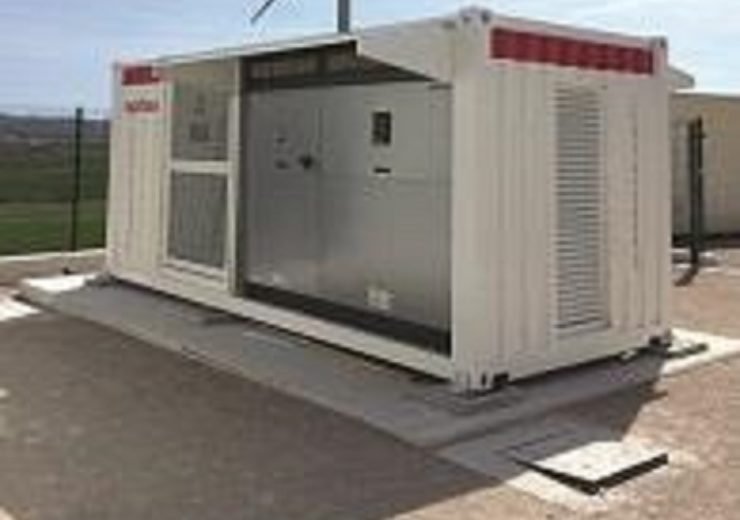 Scottish Power Renewables, Iberdrola’s subsidiary in the UK, has awarded Ingeteam the contract for the supply of the company’s biggest ever ion-lithium battery storage system. The project will provide back-up for the UK’s biggest on-shore wind farm at Whitelee near Glasgow. Its storage capacity will be 50 million Watt-hours, equivalent to the average hourly power consumption of 150,000 homes.

Ingeteam is to supply the control system, the power converters and the ion-lithium batteries. The facility is intended mainly to expand the wind farm’s ability to manage the energy delivered to the grid at all times.  With the type of storage system to be installed at the Whitelee wind farm, Iberdrola will be able to take part in the frequency regulation market of the UK national grid. It will also serve to assure supply capacity with an optimal balance of generation and consumption, and will enable the wind farm to be commissioned with its grid powered down and isolated from the main grid.

The plant is expected to come on line at the end of this year, with testing to ensure compliance with TSO grid code (UK electric system operator) due to be completed in the first quarter of 2021

The control systems and power converters covered by this agreement will be based on the Ingeteam Group’s own in-house technology, and the order will be placed with the newly opened plant in Ortuella (Bizkaia).

The system to be supplied by Ingeteam is similar to a laptop battery, though a million times bigger. It enables energy to flow both ways between the grid and the battery.

The control system and power converters ensure that the battery charges and discharges properly. During troughs in demand for power from households and industry the wind farm can continue producing electricity at peak capacity, and the surplus clean energy generated can be stored in the battery. When demand is lower than the peak generation capacity of the turbines at the wind farm in existing wind conditions, the opportunity to generate clean energy is not lost. Surplus energy is stored in the battery. When energy demand exceeds clean generation capacity in existing wind conditions, the plant can make up the shortfall by feeding in energy from its batteries to supplement that produced by the turbines.

Electricity is generated as A/C and must be converted to D/C to be charged into the ion-lithium battery, where it is actually stored in the form of chemical energy. When demand from consumers for electricity increases, the control system sends a command to the power converter to draw energy to meet excess demand from the battery and deliver it to the grid. It takes just a fraction of a second to “connect the battery”, draw energy from the D/C battery and convert it properly to A/C for input into the high-voltage grid, where it is added to the energy generated by the wind turbines. Iberdrola is working with partners such as Ingeteam on its move into renewables, smart grids, large-scale storage systems and other aspects of the new energy model, such as electric mobility.

This agreement joins another which was signed recently for the supply of inverters for the Francisco Pizarro plant, which is to be Europe’s biggest PV plant and Iberdrola’s biggest plant of any kind anywhere in the world. Further agreements have also been reached in recent months for inverters to be incorporated into PV construction projects in Spain and Mexico.

Ingeteam continues to focus on technological development, investing over €30 milli8on per year in R&D. This has enabled the group to develop the technology needed to provide quotes which are highly competitive in both technical and financial terms. The success of this modus operandi can be seen in the confidence shown in the group by major global customers such as Iberdrola.