Petrochemicals company Ineos has announced its plan to invest €2.7bn ($3.15bn) to build petrochemical plants including an ethane cracker and a Propane Dehydrogenation (PDH) unit in Northern Europe. 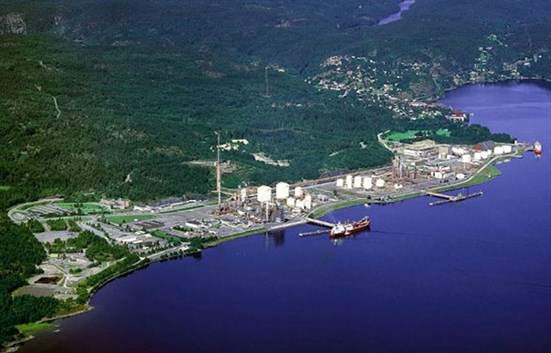 The location of the petrochemical plants is yet to be finalized and it is likely to be on the coast of North West Europe.

The two units are expected to benefit from US shale gas economics. The project is planned to be completed in four years.

Ineos said that the ethane cracker will be the first to be built in Europe in two decades. It is expected to one of the most efficient and environmentally friendly plants of its kind in the world.

Ineos Olefins and Polymers North chairman Gerd Franken said: “This new project will increase INEOS self-sufficiency in all key olefin products and give further support to our derivatives business and polymer plants in Europe.

The new investment decision follows Ineos’ announcement made in 2017 to boost its existing ethane crackers capacity.

Ineos founder and chairman Jim Ratcliffe said: “Ineos is going from strength to strength. This new investment builds on the huge investment we made in bringing US shale gas to Europe and will ensure the long-term future of our European chemical plants.”

The construction of the PDH unit, with production capacity of 750,000 tons per annum of propylene, is part of Ineos’ massive European expansion program.

The program also includes increase of the firm’s ethylene capacity of its cracker facilities at Grangemouth in Scotland and Rafnes in Norway to over 1 million tons each.

At that time Franken said: “These are exciting times for INEOS as we plan to further increase the capacity of our crackers in Europe and at the same time to build an entirely new PDH plant.

“These expansions and new builds will increase our self-sufficiency in all key olefin products and give further support to our derivative businesses and polymer plants in Europe.”