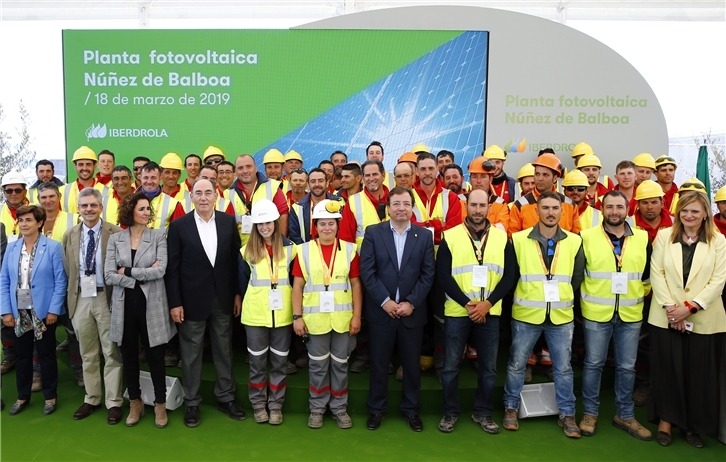 According to Iberdrola, the solar plant is being built with €300m investment and will create nearly 1000 jobs across the local community during the peak construction period.

The new project is part of the company’s expansion of clean energy in the country, under which 10GW in renewable energy will be installed by 2030, creating up to 20,000 jobs. The solar project is expected to come online next year.

The Spanish company also stated that local companies such as Ecoenergías del Guadiana, Imedexsa, Cubillana, Elaborex and the Instituto Aeronáutico will participate in this project.

Iberdrola also plans to install another 2GW in solar and wind power in Extremadura by 2022, which claims to put the region in the middle of its European renewable strategy.

The projects under development in Extremadura and the rest of Spain form part of the €34bn global investments that the company will make between 2018 and 2022. In Spain, the company plans to invest €8bn during the period.

Iberdrola chairman Ignacio Galán said: “The Nuñez de Balboa plant is the spearhead that will consolidate the leadership position of Extremadura, Spain and the European Union in the transition to a more sustainable energy system.”

The present project will occupy nearly 1,000 hectares surface area and will generate enough clean power to supply 250,000 people, which is more than the population of the cities of Cáceres and Badajoz combined.

Galán continued saying: “The plant will also avoid the emission of 215,000 tons de CO2 into the atmosphere each year, strengthening our commitment to protecting the environment and mitigating global warming.”

Last month, the company selected MHI Vestas as the preferred supplier for the Baltic Eagle offshore wind project In Germany, with 476MW of capacity. For this offshore wind farm, MHI Vestas has agreed to supply 52 of its V174-9.5MW turbines. The wind farm will be located in an area of 40km2 near the island of Rügen in the Baltic Sea.

Together with Wikinger and Wikinger Süd, the Baltic Eagle project will have an installed capacity 836MW, with a joint investment of €2.5bn. The offshore wind complex will generate enough electricity to meet 45% of the total electricity consumed in the Mecklenburg-West Pomerania while offsetting nearly 1.6 million tons of CO2 emissions annually.