The company will use 100% renewable electricity in the electrolysis process, thus responding to the electrification and decarbonization needs of sectors such as industry or heavy transport 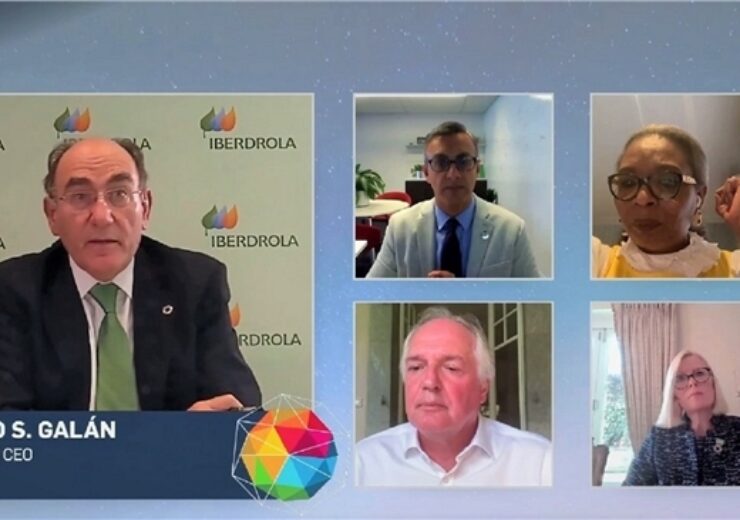 The Chairman of Iberdrola, Ignacio Galán, today confirmed the company’s firm commitment to green hydrogen with the creation of a new business unit with the aim of positioning the group as a world leader in this technology.

Iberdrola – as it did with renewables 20 years ago – joins the new technological challenge of producing and supplying hydrogen from clean energy sources. In order to do so, the company will use 100% renewable electricity in the electrolysis process, thus responding to the electrification and decarbonization needs of sectors such as industry or heavy transport.

Iberdrola has already taken the first steps, with ambitious projects in Spain and the United Kingdom. With an investment of €150 million and nearly 700 jobs to be created, the company is developing in Puertollano (Ciudad Real) the largest green hydrogen plant for industrial use in Europe which will be commissioned in 2021. The green hydrogen thus produced will be used in the Fertiberia ammonia factory in Puertollano. The innovation project – the first of several initiatives being analysed in Spain – will comprise a 100 MW solar photovoltaic plant, a lithium-ion battery system with a storage capacity of 20 MWh and one of the world’s largest systems for producing hydrogen by electrolysis (20 MW).

In the United Kingdom, through its subsidiary ScottishPower, Iberdrola is participating in the ‘Green Hydrogen for Scotland’ External link, opens in new window. project, which will implement a network of green hydrogen production plants to supply fleets and heavy transport. The first of these will be located on the outskirts of Glasgow and will use solar and wind energy to operate a 10-MW electrolysis unit.

Iberdrola’s new commitment was announced today by Ignacio Galán speaking at several forums during the New York Climate Week. First, he took part at a digital meeting with the Vice-President of the European Commission, Frans Timmermans, where they analyzed the new emissions reduction targets set by the EU and the role of technologies such as hydrogen.

Then, after the speech of UN Secretary General Guterres to the General Assembly, Ignacio Galán took part in the Private Sector Forum organized by the United Nations Global Compact.

Speaking at the panel ‘Business Response. Reflection on 75 years’ and in reference to the current situation, Galán said: “I only know one way to overcome the crisis: to invest more in forward-looking industries and become more productive and efficient. The recovery plans announced in Europe and the rest of the world have two clear priorities: the ‘green deal’ and digitalization. But we have to accelerate them”. In this sense, he highlighted the €110 billion investments made by the company since 2001 in renewable energy, networks and storage, and the opportunities that the energy transition creates in terms of jobs and the transformation of traditional sectors of the economy. He also said that the company has this year decided to step up investments to €10 billion, twice the average invested in recent years.

Galán discussed how the private sector and civil society can make a difference by working together with the United Nations. “Transformations such as the one being led by Iberdrola for over 20 years now are going to be more necessary than ever in the coming years to rebuild our economies. And the United Nations has a unique capacity to drive these movements by joining forces to address global problems,” he added.

Within this framework, the Chairman of Iberdrola signed the statement from Business Leaders for Renewed Global Cooperation External link, opens in new window., promoted by the United Nations Global Compact and supported by more than 1,200 CEOs from over 100 countries. The aim of this initiative is to foster a type of multilateralism that allows progress towards a more equitable, inclusive and sustainable world.

Iberdrola has also been recognized as a Global Compact LEAD, a distinction that identifies those companies committed to the United Nations Global Compact, the world’s largest business initiative for sustainability. Also in this first day of the Climate Week in New York, Iberdrola has become one of the signatories of the Sustainable Ocean Principles promoted by the Global Compact.