Spanish energy company Iberdrola said that it has started assembling of the first hydroelectric turbine for the Gouvães hydro power plant, to be located in the €1.5bn Tamega hydroelectric complex in northern Portugal. 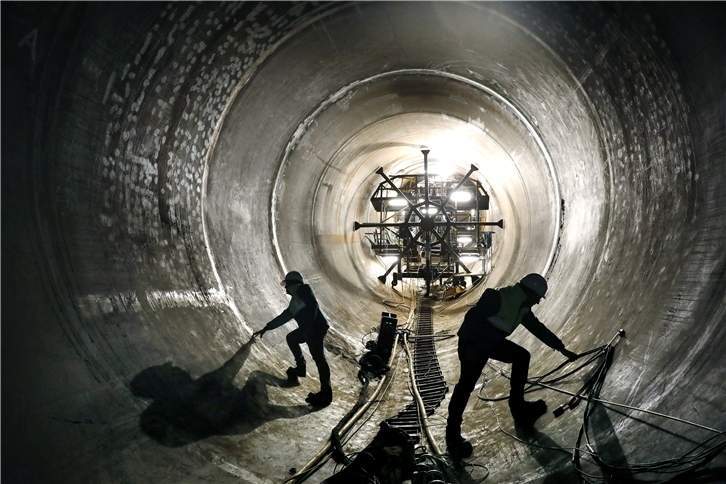 To be built on the Tamega River, the Tamega hydroelectric complex, which will have a total generating capacity of 1,158MW will comprise three hydro power plants – Támega, Daivões and Gouvães.

Expected to be fully completed in 2023, the new Portuguese hydro power complex will be capable of generating about 1,766GWh of power, which will help offset 1.2 million tonnes of CO2 from being released into the atmosphere annually.

The Gouvães plant will be an underground 880MW hydro power plant that will feature four reversible pump turbines. Each of the four turbines will be of 220MW capacity and will work on reversible technology.

Works at the plant have started on installation of the suction pipe for the turbine in group 4, revealed Iberdrola.

The assembly of the pumps will be done in a cavern located at an average depth of 325m. The cavern will be 120m long, 50m high and 20m wide.

The Gouvães hydroelectric project, which will be a pumped storage plant, is slated to begin operations at the end of 2021.

Iberdrola, in a statement, said: “It must be noted that the Gouvães hydroelectric plant will be equipped with a pumped storage system, the only technology available for efficient storage of large amounts of power. At the same time, this type of installation provides the system with the flexibility required to handle the fluctuations in demand in real time.”

The Gouvães plant will be the largest of the three plants with an estimated production of about 1,468GWh. On the other hand, the Daivões plant will generate 159GWh while the Alto Tamega plant will produce 139GWh of power.

According to Iberdrola, the Tamega hydroelectric complex will be meeting the power consumption needs of three million inhabitants of Oporto.