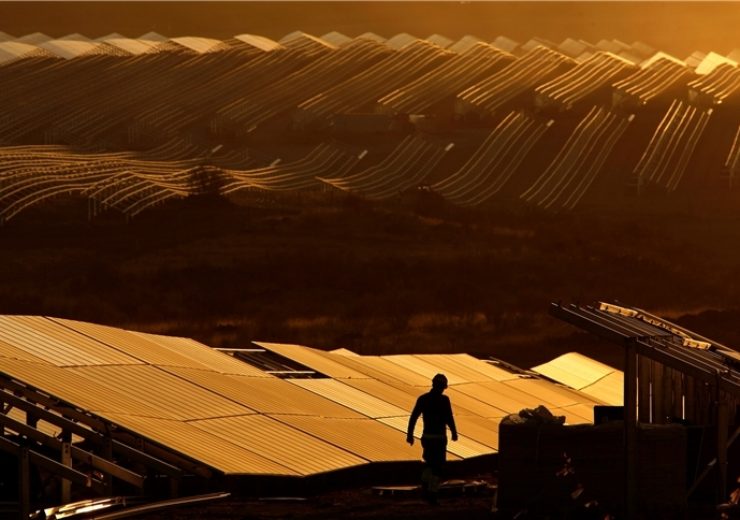 Located in Badajoz province of Extremadura, in southern Spain, the solar project has discharged its first MWh of electricity to the electricity grid in the country.

The project, which completed construction in December last year, has received a green financing of $161.9m from European Investment Bank (EIB) and $156.3m from Instituto de Crédito Oficial (ICO).

The project, which is between the towns of Usagre, Hinojosa del Valle and Bienvenida in Badajoz, involved an investment of around €300m.

Claimed to be one of the biggest PV plants in Europe, the solar facility is equipped with 1.43 million solar panels, 115 inverters and two substations that required the delivery of a total of 3,200 containers.

The project created more than 1,200 jobs at the site during the peak construction phase, with 70% of those employed were from Extremadura, Spain.

Iberdrola has already signed long-term power purchase agreements (PPAs) with Kutxabank, Euskaltel and Uvesco to sell the power generated by the solar farm.

The power generated by the solar project will be supplied to 250,000 people annually while offsetting 215,000 tonnes of CO2 emissions a year.

The project will be connected to the national grid using 12.3km-long 400kV transmission line that connects the 400kV Bienvenida substation, which is located 12km away from the project site.

The firm is planning to install more than 2GW of solar power in Extremadura by 2022.

Currently, it has more than 1.3GW six renewables projects in the pipeline.

The projects include the 590MW Francisco Pizarro in Torrecillas de la Tiesa, the 328MW Ceclavín in Alcántara, and the 150MW Arenales in Cáceres.