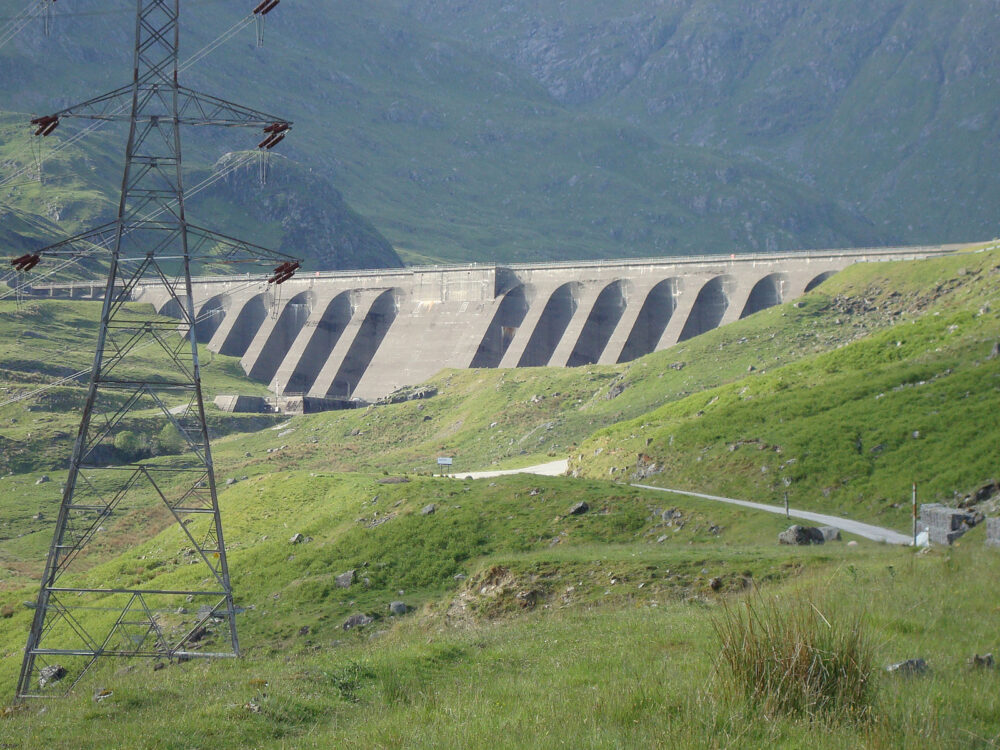 In the UK, various sources of energy are used to maintain grid stability as the nation continues to increase its volume of renewable energy generation. Here, Julian Leslie, head of networks at the National Grid Electricity System Operator (ESO), explains how the Cruachan pumped storage plant in Scotland is leading a new spin on grid stability in Britain.

As the electricity system operator for the UK our job is to move high-voltage electricity around the country second by second, making sure the right amount of electricity is where it’s needed, when it’s needed – always keeping supply and demand in perfect balance.

To do this we use the infrastructure owned by the three transmission companies – National Grid Electricity Transmission, Scottish Hydro Electric Transmission and SP Energy Networks – working hand-in-hand with them, electricity generators, suppliers and regional distribution networks to bring safe, reliable and affordable electricity to homes and businesses across the UK.

Pumped storage hydroelectric power stations play a key role in helping us balance the grid. Their ability to deliver power at short notice by releasing water to spin their turbines is particularly useful if our forecasting teams are predicting an increase in electricity demand that needs to be met quickly – for example after a popular TV show or major sporting event, when a lot of people stick the kettle on and flush the toilet at the same time.

We also frequently call on hydro stations’ turbines to draw power from the grid to pump water back uphill to their reservoirs. This is what we call demand side response, and it consumes significant amounts of energy. It is usually done when there’s excess electricity on the system owing to low demand or surplus renewable generation from wind or solar.

The flexibility of pumped storage proved particularly useful during the UK’s covid-19 lockdown, when significantly reduced demand – by up to 20% in early April – saw unprecedented and challenging conditions for our national control room to manage.

But providing electricity generation and demand side response is not the only way pumped storage technology is helping the grid.

Inertia key to maintaining grid stability in the UK

As renewable generation proliferates and the grid decarbonises, it is a technology that’s being repurposed to help us manage some key stabilising characteristics of the electricity system – the most important of which is inertia, but which also include voltage control and short circuit level.

Inertia was traditionally a by-product of the kinetic energy in the spinning parts of large power stations. Inertia is incredibly important to the stable operation of the electricity system.

If there is a sudden change in system frequency, these parts will carry on spinning – even if the generator itself has lost power – and slow down while our control room restores balance.

Inertia behaves a bit like the shock absorbers in a car suspension, which dampen the effect of a sudden bump in the road and keep the car stable and moving forward.

Historically it’s been coal and gas stations’ heavy turbines, spinning at 50 hertz (Hz) to sync with the grid’s frequency, which – as a by-product of generating the megawatts we need to power UK homes and businesses – have provided us with most of our inertia and the other aforementioned ingredients.

As traditional plants like coal and gas are phased out, the availability of these ingredients has been shrinking. Renewable generators like wind and solar connect to the grid in a different way that does not give us the same stabilising properties, so we are exploring new ways to provide them.

And that is what our stability pathfinder is doing. Earlier this year we agreed contracts with five parties – including Drax Group’s hydroelectric pumped storage plant in Cruachan – worth £328m over a six-year period, in an innovative and world-first approach to managing the stability of the electricity system.

With our new approach, new assets or existing infrastructure that has been modified will draw energy from the grid to power their turbines and create inertia – rather than inertia being a by-product of producing electricity.

So the same generators can continue providing inertia for the system, but with dramatically reduced need to burn fossil fuels.

Drax’s Cruachan plant – built inside a hollowed-out mountain in the Scottish highlands – is the first of the five providers to start providing these vital stability services without generating unnecessary electricity, and began doing so in July 2020.

Cruachan pumps water from Loch Awe to fill an upper reservoir on the mountainside, which can then be released back down the mountain to power the plant’s turbines quickly and reliably.

The power station has four generating units and under the terms of the contract awarded earlier this year, one of those will provide the grid with support services including inertia.

It will achieve this through using a small amount of power from the grid to spin the turbine 600 times every minute, offering inertia to the grid to manage changes in frequency without generating unneeded electricity.

In total the five contracts are procuring 12.5 gigavolt ampere (GVA) seconds of inertia, the equivalent of the inertia provided by around half a dozen coal-fired power stations.

We estimate this new approach will save consumers up to £128m over the six-year period, reducing the costs currently associated with managing system balancing and stability.

As a carbon-free generation technology, pumped storage hydroelectric power will be an important part of any energy system of the future. Through our stability pathfinder, Drax’s Cruachan power station is showing how diverse the technology is, capable of delivering more than megawatts and demand side response.

Providing support services to the grid to keep power supplies secure without producing electricity will enable more wind and solar power to come online in the coming years.

At National Grid ESO, our ambition is to be able to operate the electricity system with zero carbon by 2025. Pumped storage technology has a key role to play in helping to make that happen.