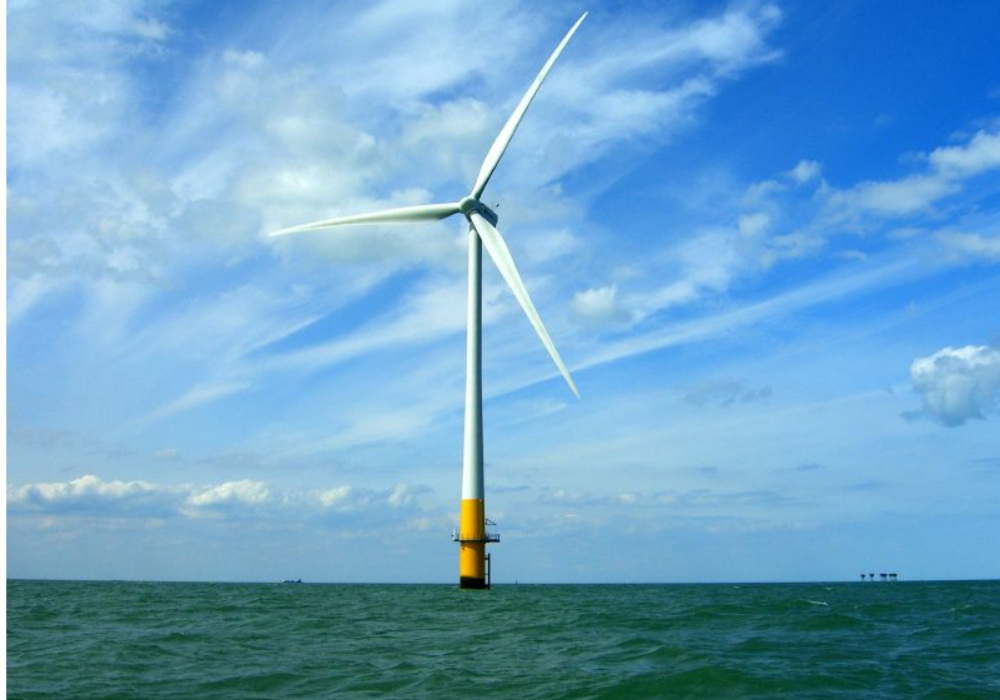 Renewables surpassed fossil fuels for the first time in the UK energy mix in the opening quarter of 2020.

This is according to a report conducted by Imperial Consultants, a group of academics from Imperial College London on behalf Drax Electric Insights, whose data shows clean energy sources made up 40% of the nation’s electricity generation during the first three months of the year.

Output from wind farms jumped 40% in the first quarter compared to the same period in 2019, as severe storms meant Britain “experienced its wettest and windiest February since records began”.

Imperial College London’s Dr Iain Staffell, who was the lead author of the quarterly Electric Insights report, said the UK’s electricity system is “under pressure like never before, with both the country’s weather getting more extreme and a global pandemic testing its resolve”.

“So far in 2020, we’ve seen companies reducing their demand for electricity to help keep the grid stable when supply from wind power rapidly decreased,” he added.

“And then the Covid-19 lockdown caused many businesses to shut up shop, reducing electricity demand and creating new challenges with oversupply of power.

“Having flexibility within the power system at these critical moments is crucial to keeping Britain’s lights on.”

Fossil fuel generation in the first quarter of 2020

The latest milestone for renewables comes as the UK aims to reduce its reliance on high-polluting fossil fuels, with the nation’s coal fleet set to be permanently removed from the grid by 2025.

Great Britain has been operating without the mineral on the system for more than 40 days – marking a record period for coal-free generation.

But the quarterly report notes that the national output from the fossil fuel was up for the first time in eight years across the opening three months of this year.

That was due to two coal plants retiring at the end of the quarter and, before they were shut down, the units burnt through their remaining fuel stockpiles and ran continuously for 117 days over the winter.

As fossil fuel generation plummeted, wind power and gas battled it out to be the largest energy producer in the energy mix, with the latter’s 30.6% share just eclipsing the clean technologies 30.5% total across the quarter.

This was significantly more than fossil-fuelled power stations, with gas coming in at 34% and coal at 17%, while the country’s nuclear reactor fleet hit 59%.

But the report highlights that when output from wind power fell sharply on cold, calm days the stress to the system increased and in one particular incident created a “higher chance of blackouts”, with just 0.2 gigawatts (GW) of spare capacity available, compared to over 4GW the following day.

It said flexible technologies like biomass, pumped storage and gas were able to increase their output to “fill the void on some occasions when wind power reduced”.

An evening peak in demand was also managed as factories and supermarkets reduced their electricity usage, helping to “maintain normal day-ahead power prices”.

After the government imposed lockdown measures to contain the coronavirus outbreak, weekday demand for electricity fell by 13% to levels not seen since 1982, according to the report.

Audrey Gallacher, interim CEO of Energy UK, the trade association for the country’s energy sector, said it is “fantastic that renewables have overtaken fossil fuels for the first time” and that the new record is a “further testament” to how far the sector has come.

“However, as we gradually begin to exit the lockdown, it is crucial that we base our economic recovery around the net-zero target and go further and faster in decarbonising our economy including in sectors such as heat and transport,” she added.

“And as we highlighted in our new paper … our industry stands ready to play a central role in the post-coronavirus economic recovery and deliver benefits for jobs, the economy and the environment.”