Global Infrastructure Partners (GIP) has launched a new renewable energy company named Clearway Energy Group (Clearway) made up of certain US power assets acquired by the former from NRG Energy. 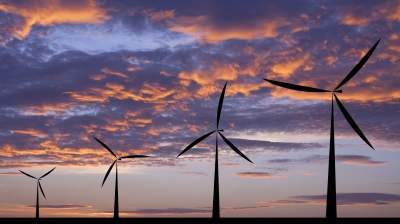 The new company includes NRG Energy’s former renewables platform and its previously held controlling stake of 46% in NRG Yield. The assets were acquired by GIP through its equity fund Global Infrastructure Partners III for $1.348bn.

NRG Yield has changed its name to Clearway Energy following the completion of the transaction between GIP and NRG Energy.

GIP founding partner Jonathan Bram said: “We are excited to close the acquisition of NRG’s integrated renewables platform, which includes the controlling interest in Clearway Energy, Inc. as well as a highly capable renewable development and operating platform.

“With strong alignment and excellent management across the business, we believe Clearway is well-positioned for long-term growth and success.”

The renewable energy company also owns an 8.9GW pipeline of clean energy projects in development stage apart from delivering operations and maintenance, and asset management services to 4.1GW of renewable operating assets across 28 US states.

“Clearway was built from the ground-up for these customers.  We have the scale, the capacity and the infrastructure it takes to provide the energy they need from day one.”

The new US renewable energy company backed financially by GIP has agreed to acquire nearly 4.7GW of utility-scale solar projects under development from SunPower.

While the acquisition of most of the projects has been wrapped up, acquisition of the remaining projects is anticipated to be closed in the next two months, said Clearway, which will be headquartered in San Francisco, California.

The pipeline of solar projects is spread across 16 states and is expected to consolidate the company’s pipeline of utility-scale solar development projects.