The drones being developed to inspect Fukushima

Companies in the US and the UK are developing cutting-edge drones to help with investigations underway at Japan’s damaged Fukushima Daiichi nuclear plant. 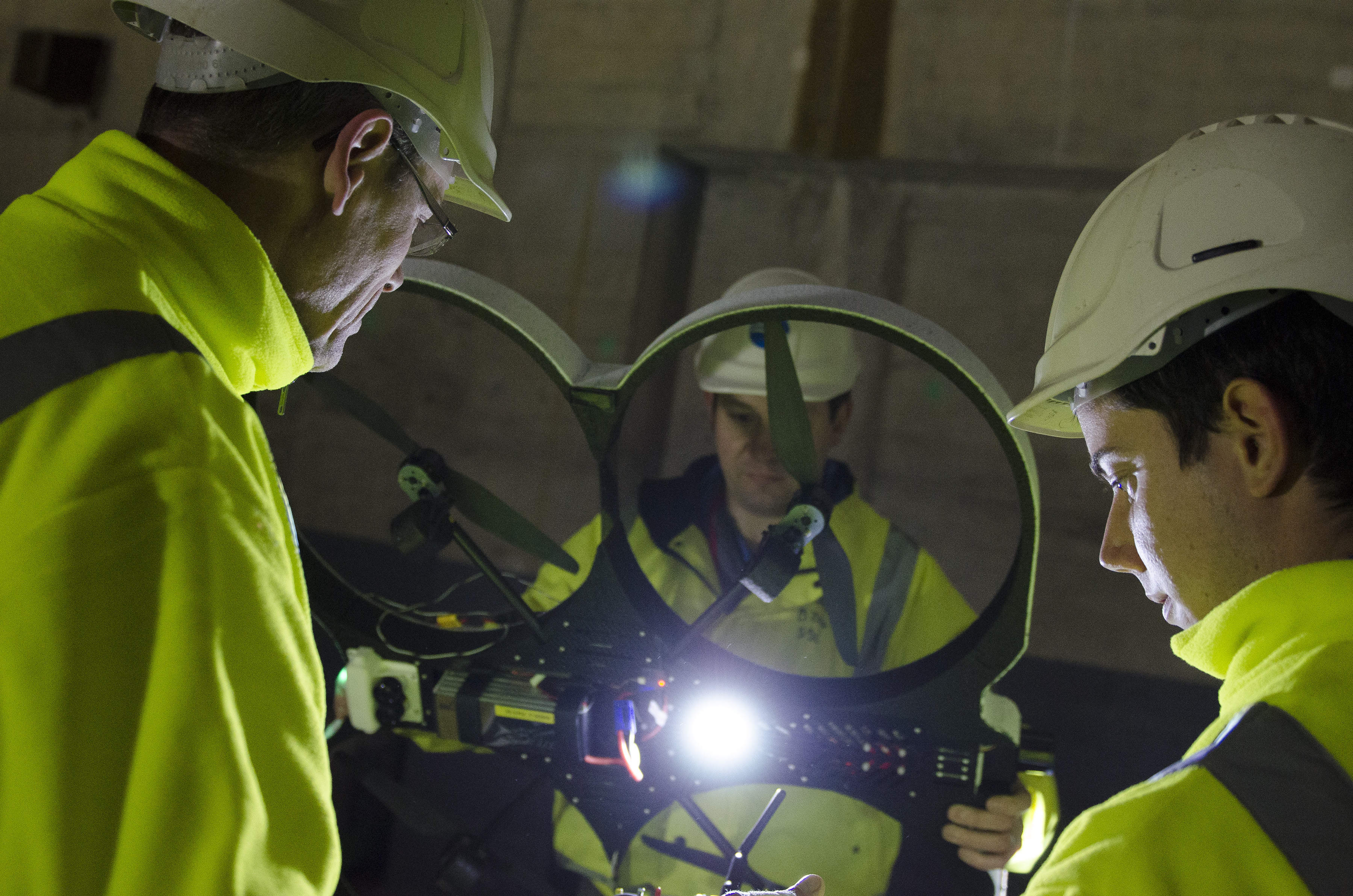 The US Southwest Research Institute (SwRI) is leading a team to develop unmanned aerial system (UAS) technology to fly into the containment vessels of the damaged reactor units at Fukushima Daiichi and assess conditions.

Tokyo Electric Power Company (Tepco) contracted SwRI to explore the use of drones within the containment. SwRI is working with the General Robotics, Automation, Sensing and Perception (GRASP) Lab at the University of Pennsylvania School of Engineering and Applied Science to help adapt small drones to operate autonomously within such environments.

SwRI Intelligent Systems Division senior research engineer Monica Garcia said: “This is a formidable challenge. The conditions inside the containment at Fukushima Daiichi are quite possibly the most challenging environment that the SwRI-Penn team has had to address. We will be pushing the envelope in terms of the technology.”

Since the March 2011 accident which resulted in the meltdown of three reactor cores at Fukushima Daiichi, a number of ground-based and underwater robotic systems have been sent inside the containment. However, damage and high radiation levels have limited access to information vital to decontamination and decommissioning efforts.

The team successfully demonstrated the feasibility of their approach in a test fixture at SwRI’s San Antonio campus in late 2017. During phase 1 of the project, the team also verified that the UAS components could survive the harsh radiation conditions within the containment. SwRI started work on the project in February.

Penn School of Engineering and Applied Science Nemirovsky family dean Vijay Kumar said: “As robots get smaller, faster, and smarter, this is exactly the kind of problem we want them to address. Challenges like this are what pushes research in our field forward.” Tepco hopes that self-flying drones would be able to bring back data that eluded ground-based robotics.

“Investigations had issues with objects on the walkway, and walkways that had shifted,” Garcia said. “Unmanned aerial systems are not constrained to moving on that walkway,” he added.

Ground-based drones were controlled via a wired tether, something too cumbersome for a lightweight flying drone.

Another difference between ground and air units was a building philosophy. The ground units were reinforced to endure harsh radiation that affects the cameras and navigation systems. The aerial units were built with off the shelf components and custom autonomous software but without any additional shielding. “Adding shielding, just adds weight,” said Richard Garcia, adding that aerial units are meant to travel and assess quickly. They have a flight time of 10-15 minutes, and aren’t intended to come back from inside the reactors, he said. SwRI built and successfully tested the drones with radiation levels multiple times higher than what they expected to encounter.

Rising to the challenge

In February, another small drone, less than 1m in diameter, was deployed for a radiation survey inside Fukushima Daiichi unit 3. UK-developed RISER – Remote Intelligence Survey Equipment for Radiation – had already been used successfully at Sellafield, in England. RISER uses lasers to self-navigate deep inside hazardous facilities where GPS signals cannot reach. It combines two separate pieces of technology: drones and radiation-mapping software. Each received research and development funding through the Nuclear Decommissioning Authority (NDA) and fellow government agency, Innovate UK.

UK computing and electronics engineering firm Createc’s N-Visage radiation mapping software project was boosted during its early stages in 2009 by NDA investment of £50,000 ($70,000) investment and in 2012 NDA joined other government organisations to invest more funds in a range of innovative nuclear projects. That resulted in a collaboration between Createc and Bedford-based aerial systems specialist Blue Bear Systems Research and the development of RISER.

The RISER drone uses its own internal ‘collision avoidance’ capability to navigate and can manoeuvre accurately inside complex industrial spaces. Data transmitted to the mapping system is displayed, highlighting areas of contamination. Its developers said the N-Visage tailor-made technology maps radiation with “pinpoint accuracy, producing a high-definition 3D picture of contamination, quickly and safely”.

Following trials at Sellafield, RISER was used to collect vital information about conditions in the highly-contaminated Windscale Pile chimney, which will be used to establish best methods for cleanup and dismantling.

At Fukushima, RISER was used to carry out a dose investigation on the 2nd and 3rd floors of the Fukushima Daiichi 3 reactor building. It provided dose data and photos taken along the flight path, in areas not previously investigated.

Quince robots have carried out a number of surveys at the Fukushima Daiichi nuclear power plant since being first deployed at the site in June 2011. Some modifications were needed before they could be deployed at the Fukushima site and Chiba Institute of Technology (CIT) partnered with Mitsubishi Heavy Industries to develop Sakura 2, an extreme version of Quince, weighing twice as much at 48kg.

MEISTeR – named from “maintenance equipment integrated system of telecontrol robot” – was developed by Mitsubishi Heavy Industries to perform maintenance, repair and other tasks at disaster or severe accident sites. It was modified for use at Fukushima. It travels using four crawlers up to a maximum speed of 2km/hr. The robot’s two arms has seven freely articulating joints and can be equipped with different tools. MEISTeR was used to test two decontamination processes at Fukushima Daiichi 1.

Two shape-changing robots developed by Hitachi-GE Nuclear Energy became the first to venture inside the damaged primary containment vessel at Fukushima Daiichi 1. The robots had to take on a tubular form in order to traverse a pipe with a diameter of 10cm to reach the inside of the containment vessel where they reverted into a U-shape for stability. The investigation by the second robot over a six-day period provided vital information on the conditions inside the containment including the radiation levels.

Toshiba Corporation and IRID developed a submersible robot, just 13cm in diameter, to enter and inspect the damaged PCV at Fukushima Daiichi unit 3. Images released on 20 July showed what appears to be melted fuel around a control rod drive attached to the bottom of the pressure vessel.

The full version of this article originally appeared in Nuclear Engineering International.