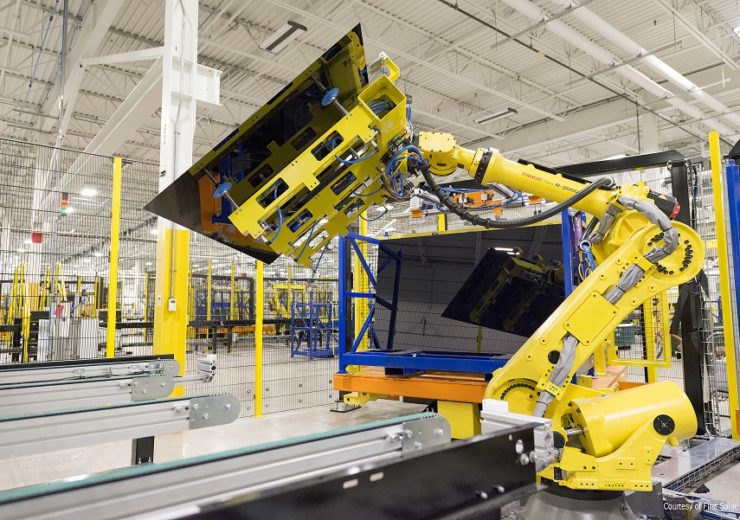 First Solar has announced the start of production at its second photovoltaic (PV) module manufacturing facility in Lake Township.

The facility is also the company’s second factory in the US, where it currently has a total annualised production capacity of 1.9GW.

The company’s other solar module manufacturing facility is located in in Perrysburg, Ohio.

First Solar claims that the expanded solar capacity makes it the largest solar manufacturer in America and the Western Hemisphere.

Involving a cumulative investment of more than $1bn, the expanded manufacturing footprint is said to have directly created approximately 500 new jobs.

First Solar chief executive officer Mark Widmar said: “Eighteen months ago, we announced that we would expand our manufacturing footprint in the United States in response to demand. We have delivered.

“The fact that we were able to transform a greenfield site into a high tech manufacturing facility in that time, and on time, speaks volumes about not just the scalability of our technology, and our ability to deliver on our commitments, but also the relentless energy of our people, our towering strength.”

The two Ohio facilities manufacture First Solar’s Series 6 module technology, which was designed and developed at the company’s research and development centers in California and Ohio.

With sophisticated, fully-integrated manufacturing processes, the module is manufactured in just 3.5 hours, according to the company.

Series 6 module technology is claimed to offer a carbon footprint that is up to six times lower than crystalline silicon PV panels that are produced using conventional, energy-intensive methods.

First Solar chief operating officer Tymen de Jong said: “Our Lake Township facility is a marvel of modern manufacturing, a factory of the future, operational today. Its levels of automation, digitalization, machine learning, and artificial intelligence demonstrate that the ambitions of Industry 4.0 are not out of reach for the PV manufacturing industry.

“We’re incredibly proud of what we have achieved, and we are proud to have achieved it in Northwestern Ohio, the technological home of American solar.”

In May, Capital Dynamics and solar modules-maker First Solar inaugurated the 280MW California Flats solar project that is located near the borders of San Luis Obispo and Monterey County in California.