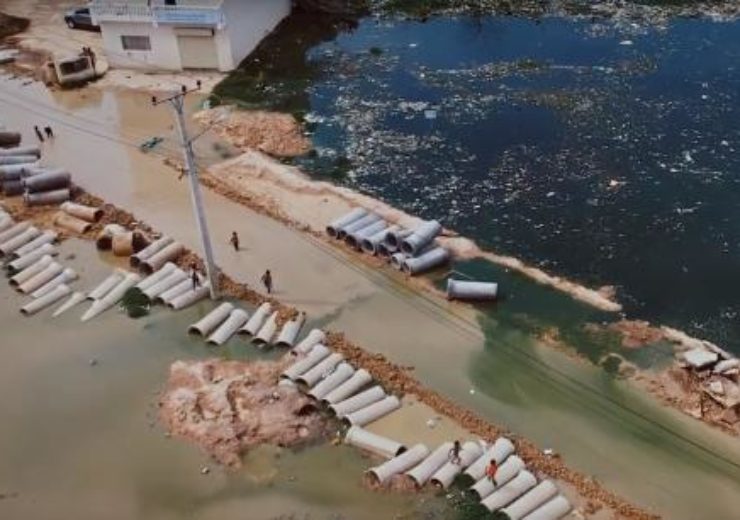 The European Investment Bank secured a EUR 12.7 million grant from the European Union for the construction of the Bakheng Water Treatment Plant and 500km of water distribution network in the Cambodian capital, Phnom Penh.  The infrastructure will bring safe, drinking water and improve quality of living for 700,000 people from some of the poorest neighbourhoods in the city.  It is a long term investment in country`s resilience to pandemic such as Covid-19 as it provides steady access to clean drinking water, critical for effective crisis mitigation.

The EU grant will expand the water distribution network to the poorest areas of the city. It complements an earlier EUR 185 million investment from the European Investment Bank (EIB) and the Agence Française de Développement (AFD).  Blending of the EIB, the AFD and the EU financing will provide treated potable water to the fast-expanding Phnom Penh, where the demand for piped water is expected to nearly double from current needs by 2030.

Around 86,000 households, in some of the poorest neighbourhoods in Phnom Pen, will gain access to city`s piped water for the first time ever, and help reduce certain types of diseases by as much as 26%. The project will have a positive economic effect on the poorest households as it will reduce daily expenditure for bottled drinking water. Today, close to 70% of the Cambodians do not have access to piped water supply, including 28 % of people living in Phnom Pehn.

Andrew McDowell, the Vice President of the EIB said: “The EIB welcomes the EU grant for the Bakheng Water Supply project as it will significantly improve the quality of living for thousands of people in the city. This project testifies the power of European cooperation and solidarity with Cambodia and its people. Our support and cooperation with the Royal Government of Cambodia is empowering us to look forward to further partnership and EIB support in the country to contribute to a sustainable development of Cambodia.”

H.E. Hem Vanndy, Under Secretary of State of the Ministry of Economy and Finance, Royal Government of Cambodia said: “The Royal Government of Cambodia welcomes the contribution from our European partners as it will have a major impact on the quality of life for hundreds of thousands of Cambodians. The projects we implement with the EU and the EIB like Bakheng Water and SAAMBAT are important for Cambodia, as they support our sustainable development and growth. We look forward expanding this cooperation for the benefit of the people of Cambodia and its economy”

Ambassador Carmen Moreno, the European Union`s Ambassador to Cambodia said: “Water is the main source of life and access to water is a basic human right; living without safe water can cause illness and poverty  and it is also a threat to public health, particularly during the current pandemic. Bakheng is the largest European investment project in Cambodia co-financed by several European and Cambodian partners, in which the EU grant will help guarantee the right of Phnom Penh Poorest Communities to have access to safe and affordable water. This massive project is expected to have a major impact in terms of people getting access to clean water but also it will create jobs, which is also very important during this crisis! I am very proud that the European partners will make this project possible, at a time when it is most needed!”

The EIB experience from financing water and waste-water infrastructure around the world shows that access to improved water supply, sanitation, and hygiene results in:

economic development and poverty reduction;
increased food safety and better food and nutrition security as well as livelihoods;
improved protection of the environment;
reduced health and time burden which frees up the time of carers;
improved school enrolment and retention rates, especially for girls;
improved safety of women and girls, as the main water collectors;
more time up women to engage in other activities with reduced work and water collection time; and,
empowered communities and new opportunities for women where they are involved in their management.
Long-term commitment to the sustainable development of Cambodia

In December 2019, the EIB invested EUR 51.5 million in Sustainable Assets for Agriculture Markets, Business and Trade project (SAAMBAT) to provide year-round-reliable and safer road networks improved vital rural infrastructure and better food supply for some 200,000 Cambodian families living in rural areas. SAAMBAT was launched on 3 February 2020 in Phnom Penh as a USD 125m rural development partnership project between the International Fund for Agricultural Development (IFAD), the EIB and Royal Government of Cambodia; the project.

SAAMBAT works to improve roads, road safety and resilience to natural hazards, as well as other key rural infrastructure, such as local markets, vital to Cambodia, where two-thirds of all rural households annually face seasonal food shortages due to underdeveloped infrastructure. It is also key contribution to country`s resilience to crisis and emergencies such as Covid-19 enabling easier circulation of supplies and access to hospitals.

The project will also create up to 4,500 jobs and 500 new SMEs, and train 25,000 Cambodians on use of digital technologies to improve their businesses and increase trade. Special emphasize will be on creating business and employment opportunities of the rural youth.

Luca Lazzaroli, Director General and Deputy Head of Operations of the EIB said: “Projects like SAAMBAT and Bakheng Water Treatment Plant are a proof of the EIB`s and European Union`s commitment to Cambodia. The EIB is proud to use our financial resources and technical and financial expertise to blend in resources from different sources, support sustainable development of Cambodia and improve the quality of lives for the people. The EIB looks forward new projects in Cambodia where we have already invested EUR 140 million.”

Kaushik Barua, IFAD Country Director, Cambodia said: “With this project we are focusing on building sustainable and inclusive rural infrastructure, including roads and marketplaces; building rural capacity; and linking rural communities, especially young people, to relevant skills and technologies. We are grateful to our national partners including the Ministry of Economy and Finance, the Ministry of Rural Development and the rural communities and youth who provided their ideas and feedback to IFAD. And of course to the European Investment Bank for investing in this partnership with IFAD.”