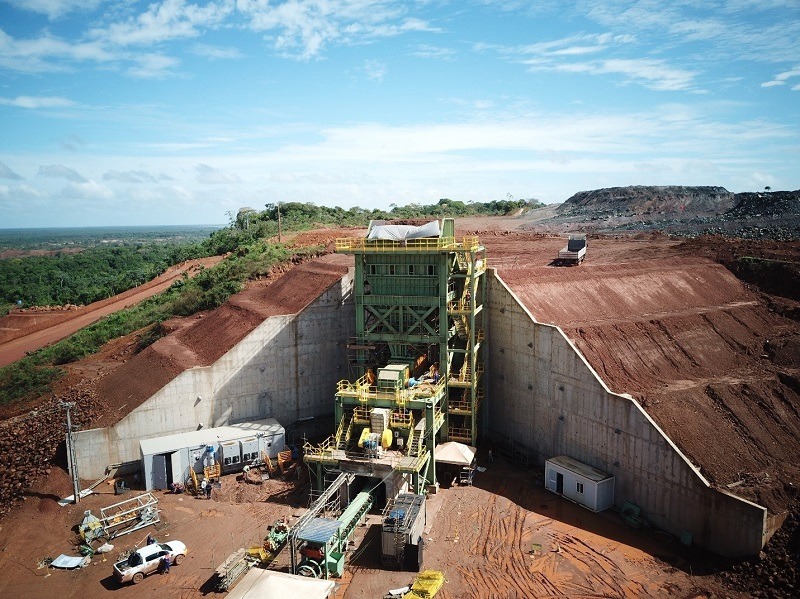 In addition to hitting first gold pour at the open-pit gold mine, Equinox Gold said that it has secured the License to Operate for the project from the Maranhão State Environmental Agency (SEMA). The license marks the final operating permit for the Brazilian gold mine, which will have an initial mine life of 6.5 years.

The initial mine life is based on reserves marked in the Piaba and Boa Esperança pits of the gold deposit, which can be extended through successful exploration along strike from existing reserves.

The total life of mine production of the Aurizona Gold Mine is estimated to be 885,700 ounces of gold.

Equinox Gold CEO Christian Milau said: “Pouring first gold at Aurizona is a significant milestone for the Company and the result of the hard work and dedication of the Equinox Gold team and our contractors.

“That we accomplished this milestone with no lost-time injuries is another important achievement for the Aurizona team.”

According to Equinox Gold, Aurizona is a past-producing gold mine, between 2010 and 2015, having considerable infrastructure left at site. As a result, the construction timeline for the project has been short and has required low initial capital to build an ore processing plant with a capacity of 8,000 tpd to produce, on average, 136,000 ounces of gold annually.

The re-engineered mine plan for the Brazilian gold mine covers a new crushing and grinding circuit to enable all known types of mineral bearing rock to be processed through the gold recovery plant.

The main construction activities involved to set up the revamped Aurizona Gold Mine towards production included raising the existing tailings storage facility, upgrade to the power substation, and changing the front end of the existing plant, including installation of a primary crusher, pebble crusher, surge bin, SAG and ball mills, and temporary stockpile.

Recently, Equinox Gold secured an investment of $130m from Mubadala Investment, a part of which it plans to use for construction of phase 1 of the Castle Mountain gold mine in California.