Equinor and its partners have commenced production from the Oseberg Vestflanken 2 field in the Norwegian North Sea through the unmanned Oseberg H platform. 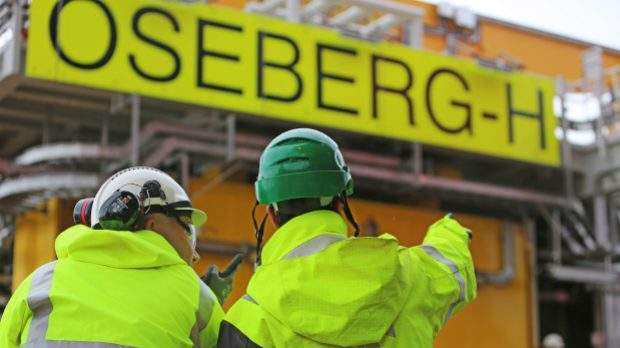 Image: Production from the Oseberg Vestflanken 2 field is carried out through the Oseberg H platform. Photo: courtesy of Equinor ASA.

The Oseberg Vestflanken 2 field has been developed with an investment of NOK6.5bn ($800m) on the Oseberg H platform, which is operated remotely from the Oseberg field centre.

Equinor said that the Oseberg Vestflanken 2 project was delivered well under budget.

Designed to recover oil and gas from new deposits, the Oseberg H facility is capable of boosting the recovery rate from other producing deposits. The new type of unmanned wellhead platform does not have any process equipment, living quarters, drilling facilities or helicopter deck.

Equinor technology, projects and drilling executive vice president Anders Opedal said: “With Oseberg H we take a huge technological leap forward. The fully automatic, unmanned and remote-operated platform is digitalisation in practice, and I am proud of Equinor and its partners having chosen this in-house developed solution.”

As per the cost estimate of the plan for development and operation (PDO), the offshore oil and gas project was to cost NOK8.2bn ($935.6m), which Equinor and partners could bring it down by more than 20%.

Equinor development and production Norway executive vice president Arne Sigve Nylund said: “With the Oseberg Vestflanken 2 development we keep expanding the massive infrastructure at the Oseberg field. This is a key contribution to renewing and securing long-term NCS activity.”

The assoctaed pipelines and subsea equipment have been installed as well, said Equinor, which is the operator of the Oseberg Vestflanken 2 field with 49.3% stake. Its partners in the offshore oil and gas project are Petoro (33.6%), Total (14.7%) and ConocoPhillips (2.4%).