Aftermath Hurricane Dorian, oil was observed on the ground at the storage terminal on Grand Bahama Island in the Bahamas, and in neighbouring areas 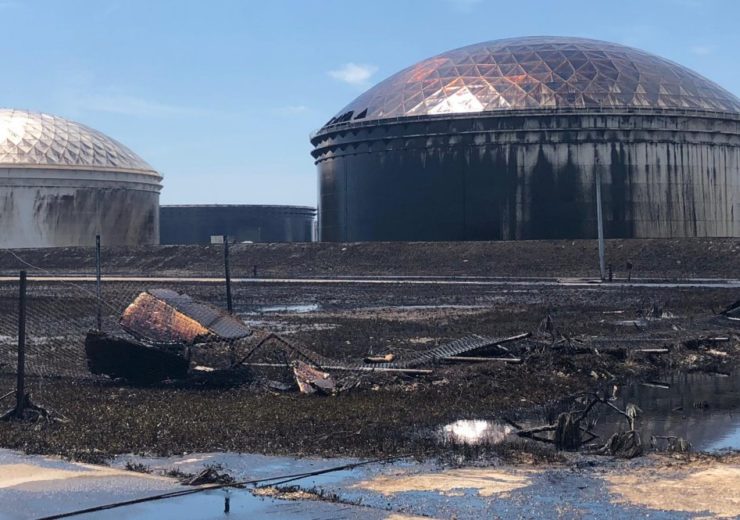 Norwegian energy firm Equinor has pledged to clean up the onshore oil spill at its South Riding Point oil terminal in Bahamas in the aftermath of Hurricane Dorian.

The firm observed oil on the ground at the storage and transshipment terminal on Grand Bahama Island in the Bahamas, and in neighbouring areas.

Equinor said that the South Riding Point oil terminal has sustained damage from the hurricane and the size of the spill is not yet clear.

The terminal’s storage capacity is 6.75 million barrels of crude and condensate. The company stored 1.8 million barrels in three tanks when the hurricane hit the facility. The other nine tanks had residual oil.

Nine of the terminal’s tanks had roofs, five of which were affected by Hurricane Dorian.

Equinor has secured vessels and equipment for oil spill response

The firm said that the situation in the Bahamas remains challenging because of infrastructure damage, and has secured oil spill response vessels and equipment from Louisiana and Florida.

The mobilised equipment includes solutions for both onshore and offshore applications.

Equinor noted that it is still assessing the spill and has found no indications of on-going leakage from the tanks nor oil spills from the terminal to sea or beaches.

Approximately 225 Equinor employees are currently involved in the response, apart from external personnel and resources.

The company had closed operations at the South Riding Point terminal on 31 August.

Equinor said in a statement: “Resources in the Bahamas, the US and Norway are coordinating the response to the spill and mitigation of damage to the terminal.

“Efforts are being made to address the terminal site, structures and surrounding areas, including nature and wildlife.”

Recently, Equinor and its partners said they are advancing production at the Johan Sverdrup field in the Norwegian part of the North Sea by a month to October 2019.

Excelerate Energy given greenlight for ship management of its fleet