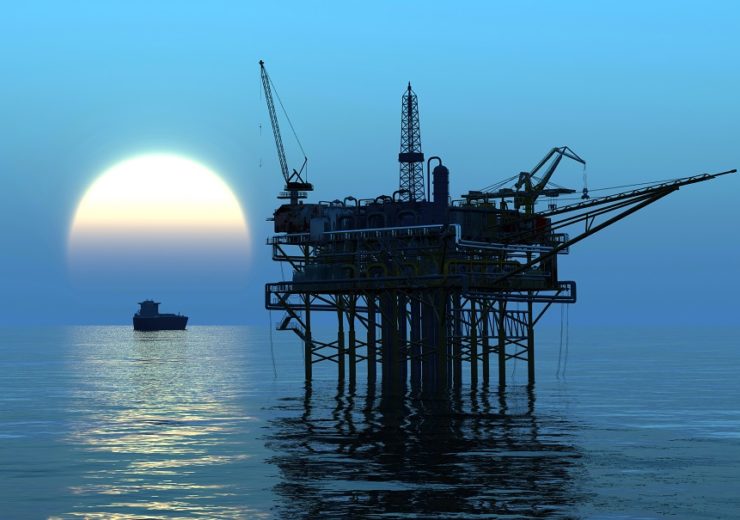 As the rate of digitalisation and data creation picks up, it is imperative for the biggest players in the industry to have a robust policy to exploit these developments. Torbjørn Folgerø, senior vice-president and chief digital officer at Equinor, updates Grace Allen on happenings at the forefront of the Norwegian company’s digital strategy.

Located in the cold expanse of the North Sea, 160km west from where the Norwegian Petroleum Museum in Stavanger maps out an industry that has shaped the course of Norway’s recent past, lies a field set to shape its future.

Named after the country’s first parliamentary prime minister Johan Svedrup, the Equinor-operated field is slated to begin production in November 2019 and run for half a century.

The size of Johan Svedrup provokes superlatives – Equinor’s website describes it as “elephantine”. Stretching over 200km2, the field will provide revenue of Nkr1,350 billion ($191bn) over 50 years, and at peak deliver 660,000 barrels per day – 25% of all Norway’s petroleum production.

The sheer enormity of Johan Svedrup is not the only way in which it is significant. The development of a new field offers an unparalleled opportunity to implement a new generation of technological tools, including permanent reservoir monitoring, fibre optics and virtual rate monitoring.

“Johan Sverdrup will be best in class on digitalisation and new technology,” stated Margareth Øvrum, Equinor’s executive vice-president for technology, projects and drilling, on the submission of the development plan for the project’s second phase.

The product of improved and increased digitalisation is data, and huge quantities of it. “I think that in three months of operation Johan Svedrup will have created as much data as we have in Equinor’s history,” says Torbjørn Folgerø, senior vice-president and chief digital officer at Equinor.

“So this is also saying something about the ability we need now to manage that data in new ways.”

All this data, managed and analysed appropriately, will provide previously unthought-of insight into the workings of the field, but Equinor is aware that this will require serious investment, and is putting Nkr1–2 billion into digitalisation by 2020. “We believe that ability to utilise data is going to be one of our competitive advantages,” Folgerø says.

This included the establishment of a Digital Centre of Excellence in 2017, which Folgerø heads. “We are setting the digital roadmap, where we want to go in years to come, what are the targets you want to achieve,” he explains. “And then we work with the rest of the business to initiate and process new digital initiatives.”

In the Digital Centre of Excellence, units work on data science, enterprise data management – such as data strategy and policies – and emerging technologies, which looks at long-term solutions such as quantum computing.

There are also the programme managers for the six programmes that make up Equinor’s digital roadmap: safety, security and sustainability; subsurface analytics; next- generation drilling and wells; field of the future; data-driven operations; and commercial insight.

“These six programme managers are doing that overall orchestration strategy setting in their areas, so that we cover the totality of Equinor’s value chain,” says Folgerø.

Investing in the company’s personnel and developing knowledge is another way of preparing for the influx of data already changing the realities of the industry. Digital training programmes have resulted in more than 20,000 learning sessions already taught. Refining working methods is also leading to a more agile approach to digital solutions.

“They work in iterative cycles instead of the traditional waterfall approach, so we get a much more rapid development of the solution, to get the quick user feedback and also create value earlier,” Folgerø says.

“We are following the process of creating a minimum viable product first, and we continue to develop the product. It’s also a new way of working for Equinor. It is very interesting and it’s also already providing value.”

A connection is made

As the company moves into a more connected future, the development at the Johan Svedrup field offers an opportunity to explore the new capabilities this can offer the oil field. “We have set up Johan Sverdrup to be a digital front-runner in the company,” Folgerø says. “So many of the digital initiatives my group is working on, we are using Johan Sverdrup as the pilot asset.”

One of the most significant examples is the use of sensor technology to create a virtual, real-time version of the whole installation. “We are creating a digital twin of the whole Johan Sverdrup which is already live, so the operators at Johan Svedrup can now see the asset on their iPad, on their iPhones, and find the relevant equipment information,” Folgerø explains.

“We can rethink how we are working with the offshore team, with the team on shore. We can also rethink how we work with our suppliers by using the digital twin in new ways.”

New techniques such as those employed on Johan Svedrup are central to Equinor’s field of the future strategy, which intends to reduce capex by 30% and opex by 50% through digitalisation, automation and the use of robots. Another key milestone in Equinor’s strategy is the establishment of a cloud-based data platform, named OMNIA, that allows access to the data being created in ever-greater quantities.

“That’s the architecture side, to make the data available, so that is one foundational step we are making,” Folgerø says. An up-to-date single platform that ends the siloisation of data is vital, especially as fields like Johan Svedrup are set to vastly increase the amount of data the company has to deal with.

Developed in partnership with Microsoft, OMNIA is based on the Azure platform; Equinor is moving data into Microsoft data centres, two of which are due to be built in Norway in 2019. A data platform like this allows not only data visibility, but innovative ways of working with and analysing information to extract insights of value.

“Through OMNIA we are creating something we call sandboxes, so that means you can expose the data in a safe environment,” Folgerø says. Applications making use of the data can be built rapidly on top of the platform.

The development of OMNIA is part of a broader relationship linking Equinor with Microsoft. “Extending our long-standing collaboration with Microsoft enables continued IT innovation, business growth and furthers our digital ambitions,” commented Equinor’s CIO, Åshild Hanne Larsen when the partnership was announced in June 2018.

“The strategic partnership will, through cloud services, involve development of the next generation IT workplace, extended business application platforms and mixed-reality solutions.”

A less insular, more cooperative way of working characterises Equinor’s approach to digitalisation. The company is making information available to not only its employees but also other partners.

By using OMNIA sandboxes, “internal employees but also suppliers and startups can work on those data, build machine learning algorithms and so forth and test it out”, Folgerø explains.

External companies can also use Equinor data to improve processes. “We are also now currently piloting sharing equipment data with more traditional oil and gas suppliers, so they can also use their expertise.”

An example of this open approach is the disclosing of data from the Volve field in the North Sea, which was in production for eight years from 2008. In 2018, Equinor and the field licence partners made the subsurface and production data available – around 40,000 files for use by students, as well as in continued research and development.

Within the company, the new strategies around data and digitalisation are already reaping rewards. “We are seeing our operators or engineers testing out all our solutions, they’re generating many new ideas,” says Folgerø, indicating that colleagues are telling him which data they would like in the digital twin in order to do their jobs differently.

After all, digitalisation best succeeds when people buy in and use their expertise to keep innovation constant.

This article originally appeared in Issue One 2019 of World Expro. The full issue can be viewed here.